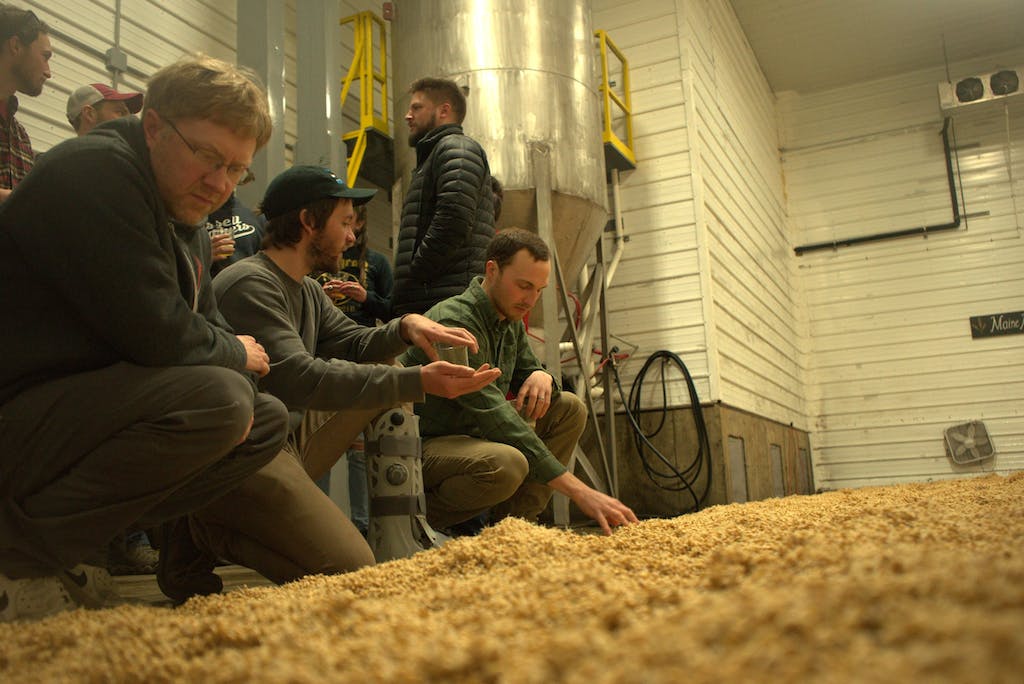 Since the very earliest days of Bissell Brothers, we’ve made it a point to use Maine ingredients whenever and wherever possible, and it’s become a cornerstone of what we do here. From hiring artisans that we admire to bring our taprooms to life, to utilizing local hop farms to make our wet-hopped beers, everything comes from Maine when we have the option. One of our goals that we’ve pursued most passionately is increasing our use of Maine grains –  a feat which wouldn’t be possible without our friends at Maine Malt House up in Mapleton.

We first became acquainted with the Buck family in 2015, shortly after they diversified their potato farm to include a malt house. As more family members came home from college, they realized that in order for everyone to stay and be employed on the farm, they needed to diversify. The family started looking into other options for crops to grow. The beer industry in Maine was booming in 2014, which inspired the Bucks to look into the possibility of growing hops and, in the name of research, took a tour of a brewery to get a sense of what that would look like.

During the tour they quickly learned that barley is the first ingredient in any beer, and barley just happened to be something they already grew a lot of. The only thing they had to do was malt it to make it ready for brewers to buy and use, a process they immediately started researching.

Malting involves germinating the barley, allowing the grains to sprout, and then halting that process with heat so the barley is primed for the mashtun where it’s sugars can be more easily extracted. How long the barley is roasted in the kiln is what determines the color of the malt: less time in the kiln will yield a pale malt used for lagers and pale ales, and longer will result in a dark roasted malt, more suited for stouts, porters, and the like. 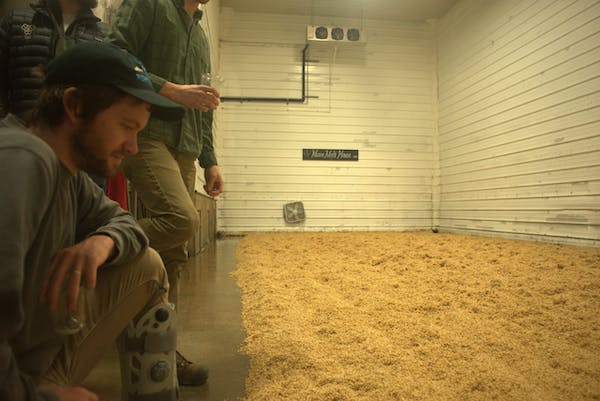 Armed with everything they learned, the Bucks immediately dove headfirst into malting their barley and haven’t looked back since. They provide grain to a growing number of breweries in the state, and have allowed us to increase the percentage of Maine grain used in our beers to 57%, and that number is growing every year.

In fact, if you’ve taken a spin around our building on Thompson’s point, you may have noticed a new addition to our space. We are the proud owners of a brand new grain silo out back, which will be filled with 100% Maine grain from Buck Farms. The silo can fit 28 tons (56,000 pounds) of malt, and is scheduled to be refilled roughly every six weeks. That is…a lot of grain. 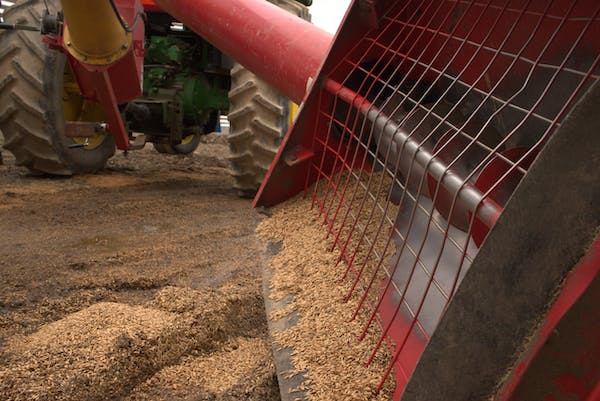 Another in the long list of wonderful things about grain is that, once we are done using it for our beers, it can go on to be used by others. In Milo our spent grain gets picked up and used by Grove Hill Outfitters in Brownville Maine, and our Portland spent grain goes to Redneck Ridge Farms, a dairy farm in Arundel. While spent grain doesn’t offer much nutritional value to the animals (because our brewhouse took most of it for the beer), it does offer variety, which keeps the cows interested and coming back for more.

Our appreciation for grain has taken us to a lot of places, and most recently allowed us to participate in (and become a proud member of) the Northeast Grain Shed conference in late January. Our head brewer Noah sat on a panel and discussed, naturally, Bissell Brother’s grain usage and our ongoing transition to a local supply chain. While all of our lagers currently use 100% Maine grain and Substance uses 97%, we are dedicated to increasing the amount of Maine grain used in all of our beers.

What Noah said during the panel reflects the ethos of Bissell Brothers and our drive to put our money where our mouth is. The Buy Local mantra can be so focused on the consumer end of things that the equally important business side of buying local gets eclipsed. “Buying Local” isn’t just about encouraging people to buy our beer; it’s about us, as business owners, buying and using Maine ingredients, and finding ways to pass that tradition along.

From farm to mash tun and then back to (different) farms again, it’s a special thing for us to be a small part of the lifecycle of grain; we don’t take it for granted and we realize that it is what allows us to be a brewery at all. A healthy appreciation for the land might not be something that seems inherent to a brewery, but we are finding more and more that we are tied to the farming traditions of the past just as much as we are forging a new future. 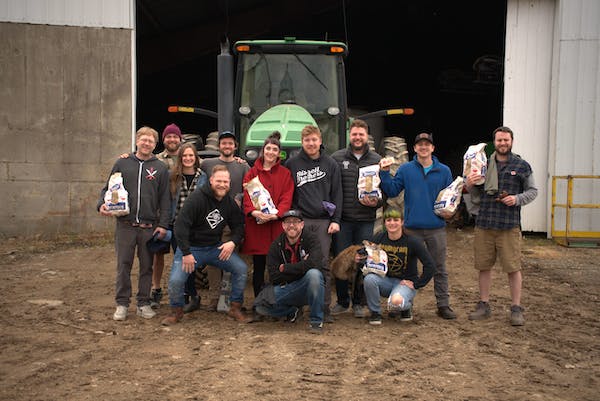