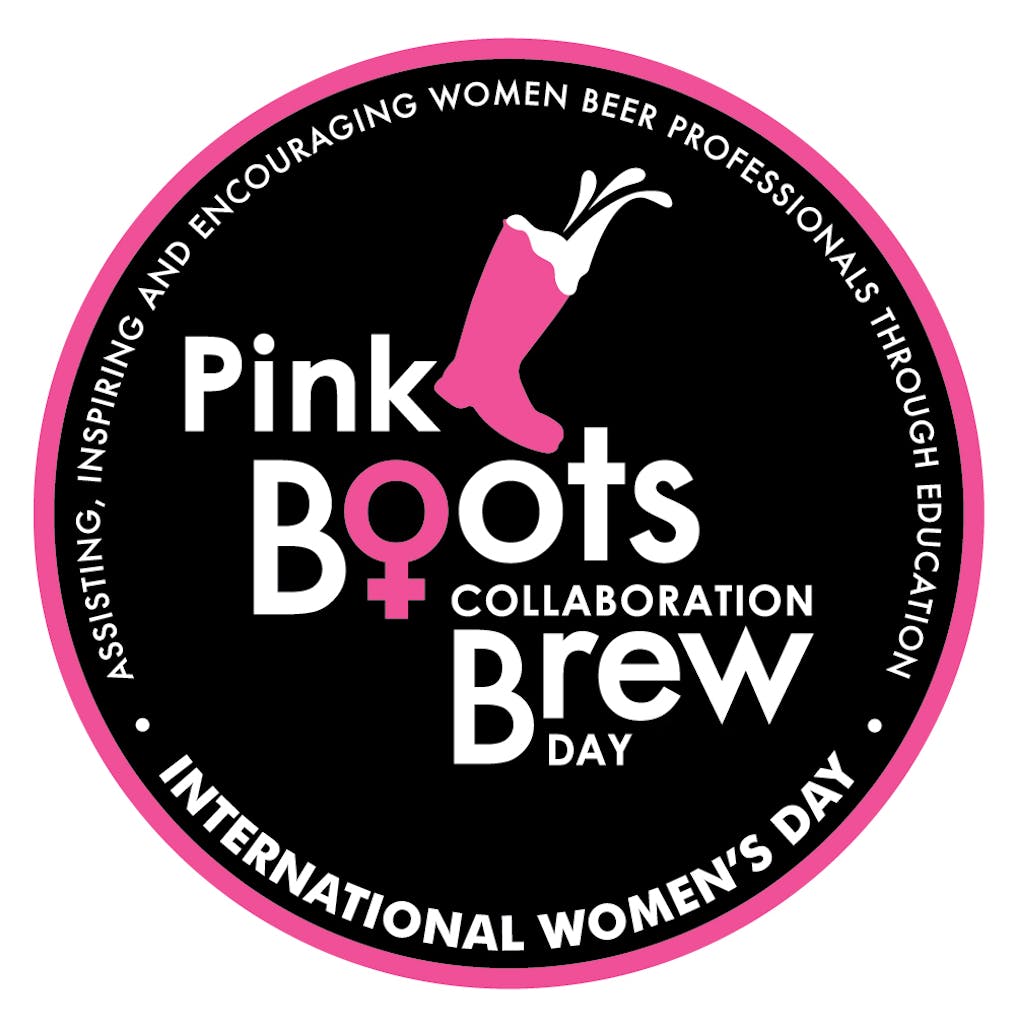 Groundhogs day has come and gone and, miracle of miracles, Punxsutawney Phil did not see his shadow, predicting an early spring and thus a timely end to this (very mild) winter. There’s a lot to be excited about. Warmer weather, flowers blooming and, if we’re very lucky, an early start to mud season here in Maine?? This year, what all of that means to us is it’s almost time for our first participation in the Pink Boots Society Collaboration Brew Day!

Pink Boots Society is an international group of female beer professionals whose aim is to advance women in their careers in the beer industry through education. By assisting, encouraging, and supporting women in the beer industry – from brewers to servers to graphic designers – they hope to foster a feeling of closeness and support within the community of females in the brewing industry.

We are super excited to be taking part in this years Collaboration Brew Day, which PBS conceived of in order to take part in International Women’s Day on March 8th. It’s a day where female brewers, professional or homebrewers, are invited to brew a beer together, all on or around the same day, and celebrate women in brewing. In 2018 they partnered with Yakima Hops of Washington, who provide the proprietary PBS hop blend to those who want to use it in their beers.

It’s a chance to show what we can do, what we can brew, and maybe to flex some brewing know-how that might, depending on day jobs, not get used regularly. Plus, who could pass up a chance to brew and can on the big system?

The brew day is March 8th 2020 so, depending on the style of beer brewed, the beers should be canned and released anywhere from late April to early May. We will keep you posted on our brew day and release days as they get close, but we wanted to get the word out because, well, we’re excited!