You Earned It: Session 9 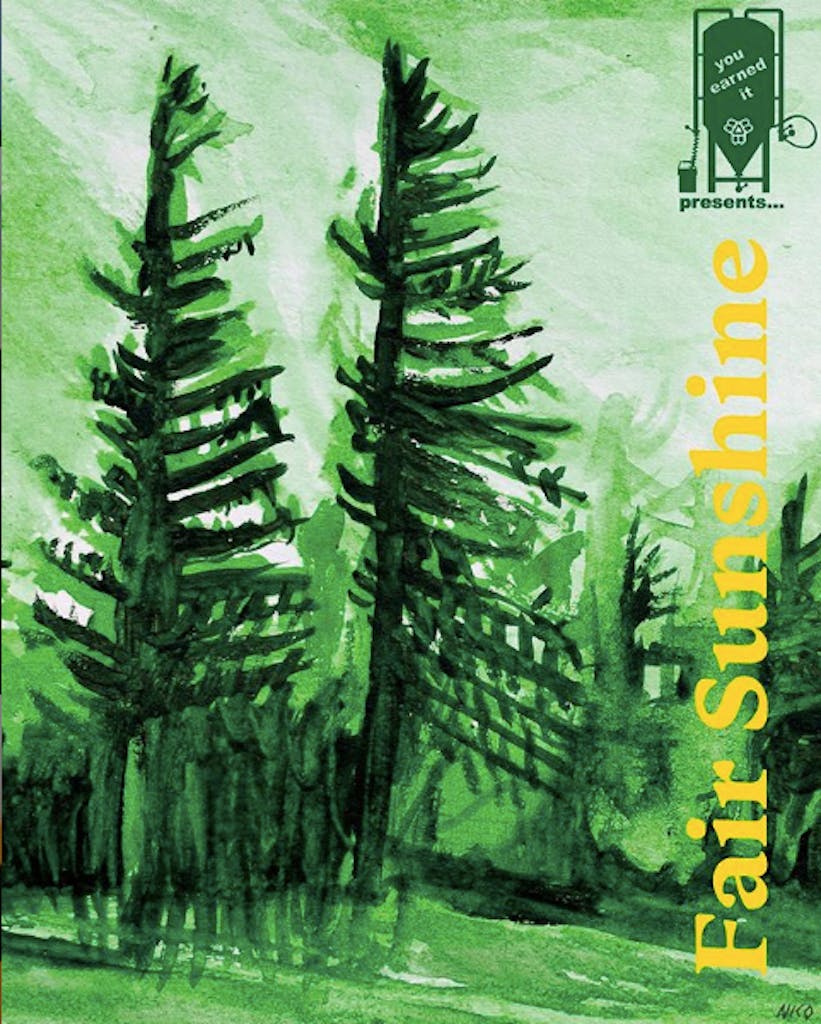 Today we are happy to release Fair Sunshine for our most recent session You Earned It series, in partnership with Camp Sunshine. Operating since 1984, Camp Sunshine has been inviting children with life-threatening illnesses and their families to their camp on Sebago Lake for two weeks of fun, recreation and support. Life threatening childhood illnesses are a family’s worst nightmare, so an opportunity to escape everyday life and have some fun in the sun is a welcome one.

Fair Sunshine was also brewed in memory of Kyle Fair, a good friend of brewer Josh Schlesinger, and regular volunteer at Camp Sunshine who passed away unexpectedly earlier this year. This beer was brewed to honor everyone involved in Camp Sunshine, from the families to the volunteers, and to provide a small ray of light in what can be the darkest of times.

What would you eat as your final meal on this earth?

Just got back from NYC, so I’ve got Katz’s Reubens on the brain. So yeah let’s go with that.

If you could play any instrument in any band, what would they be?

Not so much an instrument, but always wished I was a more natural songwriter.

What is your favorite podcast at the moment?

To counteract my draw towards aliens, lizard people and staged historical events, I’ve been revisiting The Office via ‘The Office Ladies’.

In the spirit of collaboration, the name was presented by Camp Sunshine. This beer was brewed in the spirit of one of their long-standing volunteers (and friend of mine and Pete’s) Kyle Fair who recently passed away.

Always have been a big fan of Spruce Tips as an adjunct. Their flavor profile changes pretty noticeably from season to season and the fruit character always catches me off guard especially when it borders on synthetic (think sugary fruit cereal).

Camp Sunshine essentially deals in every parent’s worst nightmare. The staff offer children outdoor recreational respite from illness as well as support for families whose children have lost the battle. I knew I wanted to align with an organization of which children are the focus–and the children/families who benefit from the work that Camp Sunshine does deserve all the support they can get.

We waited to see how the spruce tips were going to express themselves before we chose a complementary dry hop (only a small amount of Apollo in the kettle). Leaving the process open ended in this way was really fun and allowed the beer to remain in control. Ultimately, the creaminess and berry/stonefruit characteristics of Simcoe gave great balance to the spruce tips. The profile of Mosaic played a cool role almost as a bridge between the flavor profile of the tips and the Simcoe.

Another “You Earned It” beer and another unique ingredient. so far we’ve used Girl Scout cookies, watermelon, lemon and honey. This time it’s spruce tips. And a lot of them. 2lbs per bbl to be precise. As with all of these YEI beers, this one presented its own challenges. The biggest one? None of us had really worked with spruce tips. We had no real way of knowing what it would taste like or what would be the right amounts to use. So the first thing we did was keep the grist simple, a base of 50/50 Maine grown Pilsner and Pale 2-Row. Then we added about 10% flaked oats to add some creaminess to the mouthfeel. Next we did our spruce tip research and we talked through all the various and often contradictory info, and we finally decided to treat them like we treat our hops. We used them in the kettle at a couple different stages. Since we had no idea what this would taste or smell like(turns out a lot more citrusy/lemony than expected)we decided to only use spruce tips in the kettle. Minus some Apollo for a little bittering(~20ibus). This way we could let the tips tell us what direction to take the dry hop. They chose Simcoe with a Mosaic chaser and it couldn’t have worked out better. The added stone fruit/berry notes added some depth of flavor that was lacking with just the tips. But don’t worry this is still all about the Spruce.