You Earned It: Session Seven 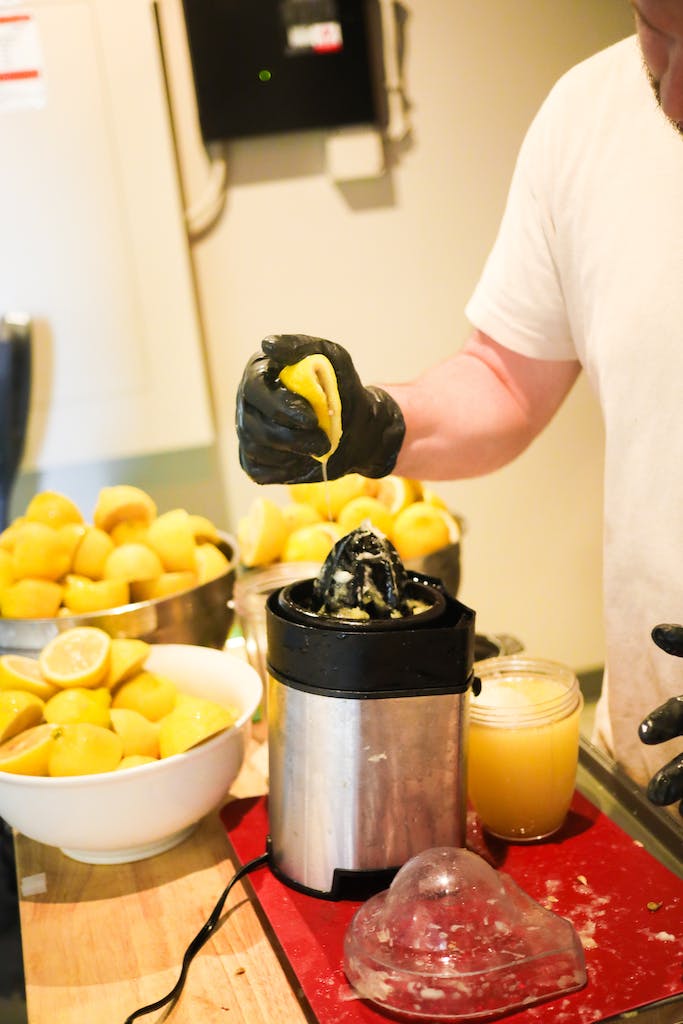 You Earned It Session Seven – Shandy

For the lucky Seventh session of our You Earned It series we turn, finally, to the greatest inspiration of all: love. To celebrate his fast-approaching wedding to his lovely fiance Mel, our Merchandise Manager Steve (known to us as Handsome Stephen™, to his endless chagrin) decided to brew something light, refreshing, and eternally drinkable: a Shandy. Which, and don’t hurt yourself thinking about this too hard, is not unlike a marriage. A marriage between beer and lemonade. Steve’s charities of choice are the Midcoast Humane and Animal Welfare Society, where he and Mel adopted their respective dogs Dixie and Lucy, who will be joining the family in marital bliss. As a man who has described himself, to me, five minutes ago, as “not a dog wedding guy”, we will give Steve a break and just wish Lucy and Dixie a lifetime of happiness in their domestic partnership. Happy wedding Steve and Mel! Bissell Brothers loves you guys very much.

What is your favorite Maine fall activity?

Hiking amongst the multicolored trees with my dogs and watching football.

If you could have dinner with anyone, dead or alive, who would it be?

My Grandfathers. I never met my Mom’s father, he passed long before I was born. He was a deep sea fisherman and a truly salty character. And my dad’s father passed when I was 3. He
was a mechanical engineer of sorts and from what I can gather, a brilliant mind.
I think being able to sit and converse with them would be amazing; to hear their stories
and learn about them firsthand would be unbelievable.

What are your top three favorite albums?

The Revivalists – Men Amongst Mountains

My dog’s name is Dixie. Mel’s dog’s name is Lucy. We adopted our dogs at the 2 different humane societies. We brewed a summertime shandy that comes out at the end of September (Summer).

Mel and I both like to drink Shandy’s while we go camping, have bon fires, generally do
anything in the summer. Bissell has never brewed a shandy and I was really intrigued at
being the first to give it a go. With the help of Patty Mac, we brewed an 8% American
wheat ale and then cut it with handmade lemonade until we ended up at 4.2% shandy
greatness! We hope you guys enjoy it!

This beer was also brewed in conjunction to Mel and I’s marriage on September 28th . As
we become one family, we wanted to recognize our furry girls and the wonderful
organizations that helped save their lives. They bring us joy every day and we wanted to
help them out in helping more pets find their forever home.

The smell. Honestly, throughout the whole process I love it. Mashing in, boiling, tasting
it. The smell of a good fresh brew is enough to get me up and to work every day!
Side note: We added lemon and orange peels, and fresh coriander to the boil and THAT
was the best smell so far for this particular beer. It is still fermenting as I write this so this may change, but it
smelled really good!

With friends, loved ones, fur-babies and football. 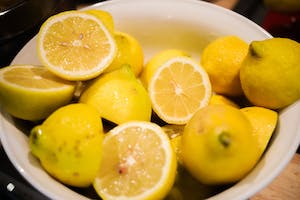 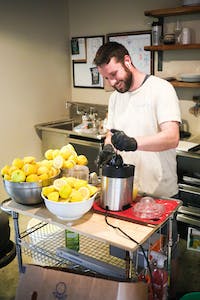 Welcome to Shandy Town. Population? Everyone who likes lemonade and beer mixed together! Handsome Steve wanted a nice summery easy drinking beer to celebrate the marriage of he and his fiance’ Melanie, so we decided on a Shandy (or Radler depending on your preferred nomenclature).  The base beer can be anything that is pale and clean, some are made with lagers and some are made with weiss beer. We went with the latter. And to make sure that we came in at around 4% ABV we made a high gravity weissbeer using a 50/50 blend of pilsner and malted wheat from our favorite local grain guys, Buck Farms. At the end of the boil we added some coriander as well as orange and lemon zest. Once it fermented out we transferred it to another tank where it was blended it with our house made lemonade. That’s right. We made a barrel of lemonade. 31 gallons, 350-400 lemons. All lovingly hand juiced by Handsome Steve over the course of many hours. The result of his loving and squeezing is a refreshing and flavorful end to this endless summer.

Worth A Visit, Worth A Lifetime
Account Diaries: Last Chance Seasonal Spots