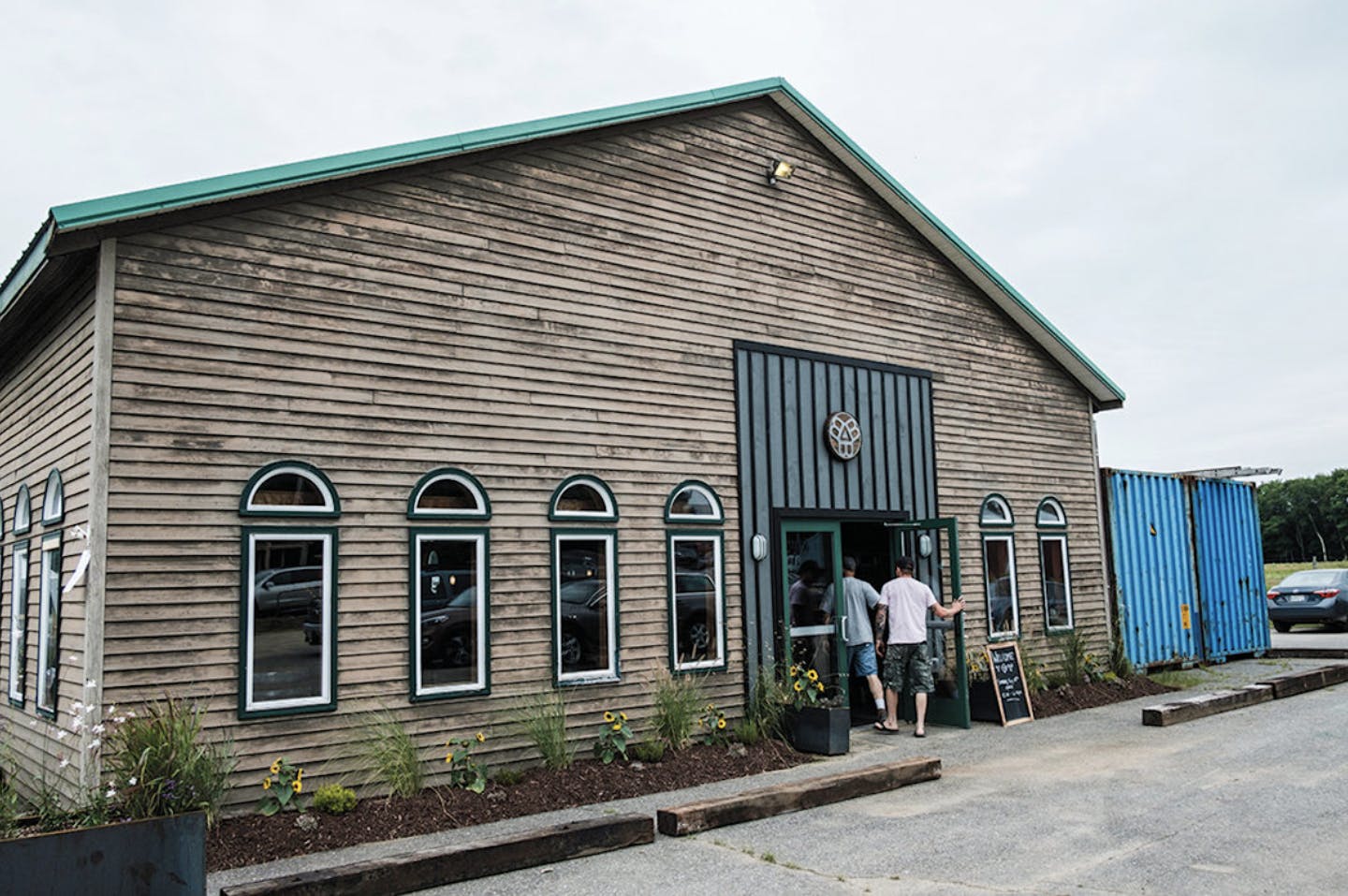 Why the heck did Bissell Brothers Brewing — arguably Portland’s buzziest, busiest, most-poised-to-explode craft brewery — just open its second location in Milo, in the north woods, population 2,000ish and shrinking? At the main brewery and taproom at Thompson’s Point, fans routinely line up hours early for much-hyped can releases of Bissell’s hoppy, hazy New England–style IPAs. Since 2013, when it was founded by brothers Noah and Peter Bissell, the brewery has gone from turning out 550 to 8,000 barrels a year, making it the state’s sixth-largest brewery by volume. A second location seemed imminent. But, um, Milo?

“We just knew that if we were going to do another brewery, it had to be in our hometown,” Peter explained recently, walking around what’s now known as Bissell Brothers Three Rivers.

A former snowmobile shop, the new space has a vaulted ceiling crisscrossed by strands of bistro lights, graffitied walls, and a metal-frame loft for extra seating. Spruce Mill Farm & Kitchen, from nearby Dover-Foxcroft, supplies taproom eats, and unlike in Portland, patrons can fill growlers. Some 500 people showed up for the opening event, a mix of die-hard fans who road-tripped in and childhood friends and neighbors.