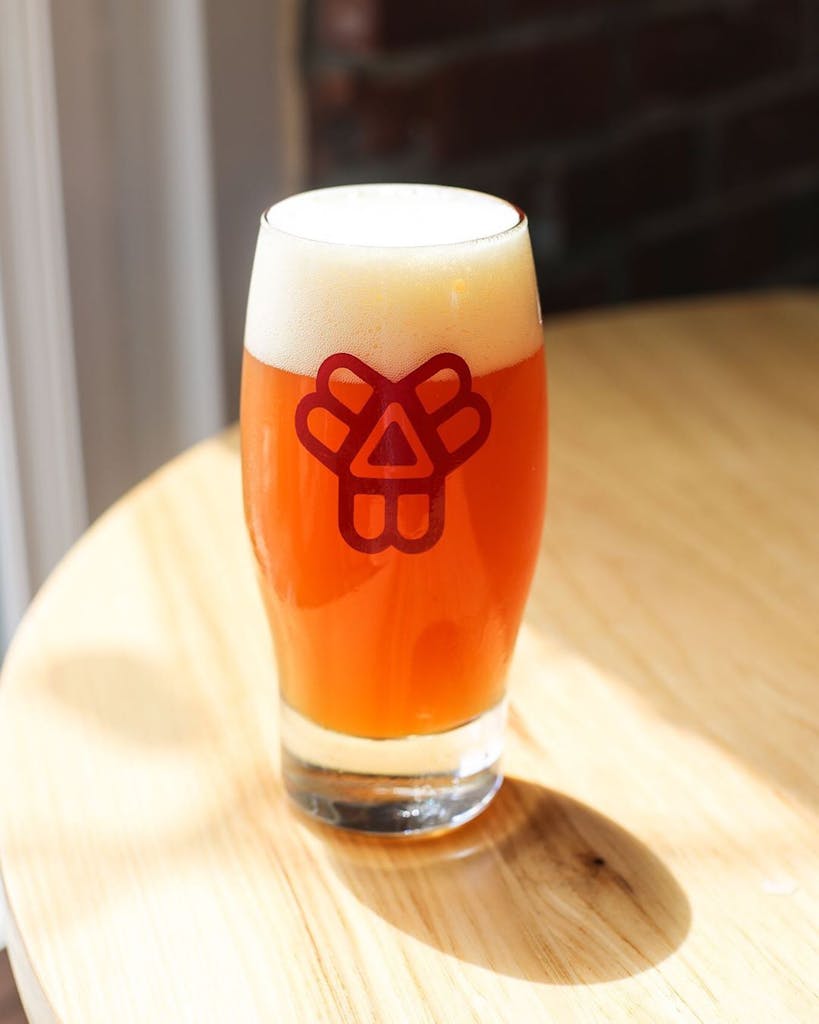 There’s nothing quite like the satisfaction that comes with trying something you’ve never done before and having it turn out not just good, but great. Two of Bissell’s most practical minds decided to do just that for our fourth Small Batch Session and created their version of a California Common, putting their unique stamp on, arguably,  some pretty well-worn territory. Think Anchor Steam, but new. Matt and Eric’s Small Batch Session donation goes out to the American Foundation for Suicide Prevention, a charity with an important mission near and dear to the hearts of many. Read on for more about Matt, Eric, and their new beer: Until Further Notice.

Eric: This is a super hard question. I’ve seen a lot of shows and I feel like there should be some really obvious answers, but the best concert (at least in recent memory) I’ve been to was The Lumineers down on Thompson’s Point. I really like the band, but I wouldn’t necessarily consider them one of my favorites. But the atmosphere was electric that night. A beautiful day in the middle of the summer, right on the water. The whole crowd knew every word to every song and I mean EVERY word to EVERY song. The stage presence of the band, and the mood of the night had people falling in love that night. Babies were consummated that evening. I guarantee it.

Matt: Seeing Tool live in Portland back in high school.  It was my first big concert and still my favorite one.  It was during the Lateralus tour, so I think it was in 2001.

What three non-living items would you bring to a deserted island?:

Eric: 1. Guitar. I don’t play, but I’ve got time to learn now. 2. Maybe like a tennis ball or something? They don’t deflate and I’ll need something to play with. 3. A pillow. One can not underestimate the importance of a good nights sleep.

What would your last meal on earth be?:

Eric: For my last meal I’d go down on countless “Inside-Out English Muffins” which my Mom used to make for me growing up. Basically they’re just grilled cheese sandwiches using English Muffins that you turn inside out. The third key ingredient is bacon. So basically I just want to eat a lot of cheese and bacon which will hopefully kill me before whatever else is going to kill me.

Matt: Sushi, lots and lots of sushi.  Especially Fugu (blow fish, super poisonous if prepared incorrectly). If it might kill me I might as well eat it last.

What was the inspiration behind this beer?

Eric:  I was intrigued by the idea of using a lager yeast and brewing it at ale temperatures. I can’t say that I was necessarily extremely inspired to brew this particular style of beer beyond wanting to try something I had never brewed before. It took me out of my comfort zone (malty beers aren’t really our specialty) and forced me to learn about a style I wasn’t intimately familiar with.

Matt: No one had done one before and we wanted to try it out.

Tell us about your charity and why you chose it.

Eric: It’s not something I talk about often because I’ve never been able to get over it and I know I never will, but a little over six years ago my best friend overdosed on heroin. I know it may seem like I chose the wrong charity, but suicide can happen in many ways. Depression presents itself in many ways. And those who don’t struggle with depression can never quite understand how someone so internally sad can seem so outwardly happy. If our donation can help even one person see why life is worth living, I’ll be proud of this beer.

Matt: I wanted to support the AFSP because my best friend took his own life.

Matt: When it’s done and the beer actually tastes clean and good.

Eric: Drink it in the company of close friends. Put your phones away. Tell a story. Share a laugh. Enjoy the moment.

Until Further Notice is our take on a California Common, more commonly known as a Steam Beer. The key to California Commons is to ferment a lager strain at ale temperatures. Taking loose inspiration from that style we made a few tweaks to make it our own. Traditionally California Commons are brewed with a single hop, Northern Brewer, but wanting to make it our own we added a little bit of Cascade to the blend as well. We also dry hopped it very conservatively with both Northern Brewer and Cascade with a little over 1 lbs per bbl collectively before lagering the beer for about 3 weeks. The ABV is a touch higher than tradition as well to give you a little more bang for your buck. The idea behind this beer wasn’t to brew and exact to style representation of a California Common. Other brewers are already doing that to near perfection so we truly tried to make it our own. We took the basic outline of the style and tweaked it in subtle ways that truly made it our own.

Until Further Notice will be pouring exclusively in our tasting room, starting on Monday July 1st! Come down and try it out!