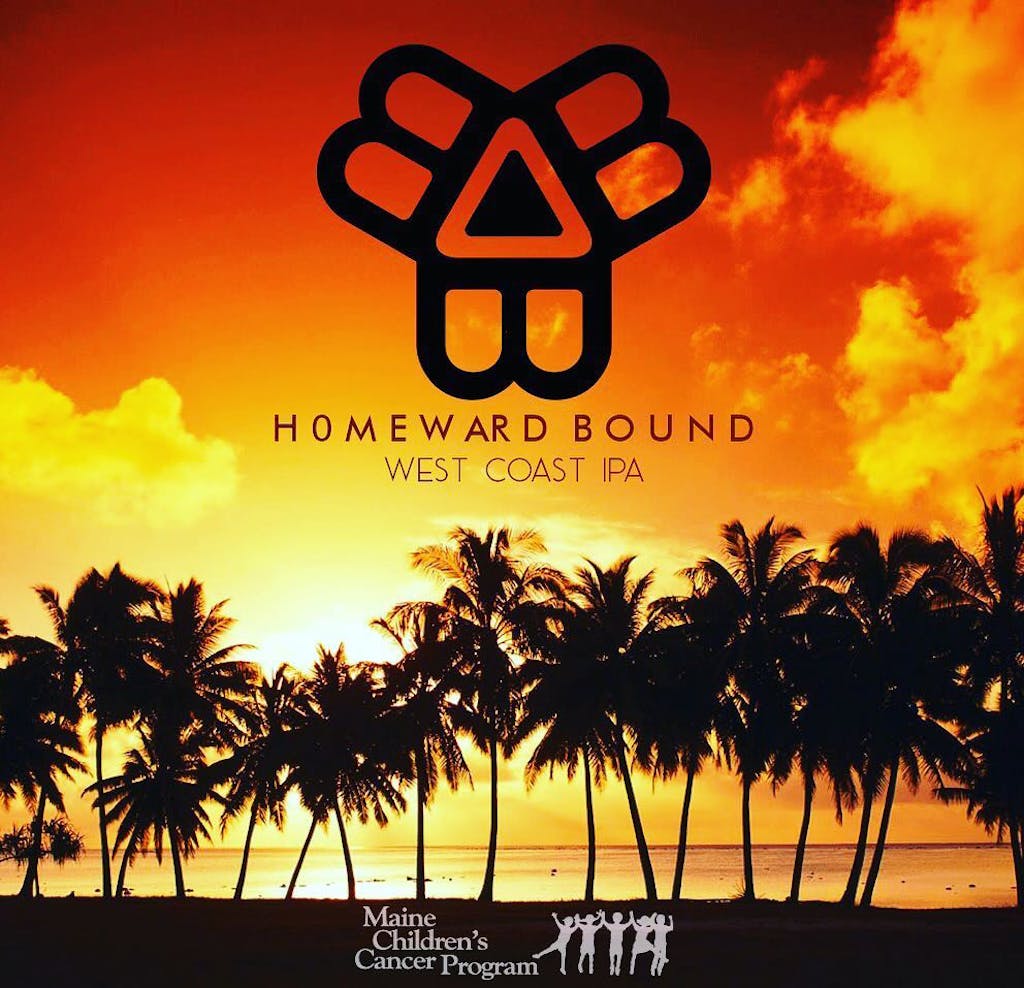 Forget about the snowfall last week. Forget about the looming possibility of one last blizzard which carries Mainers all the way through the end of April. Forget about mud season! Spring is here because we say it is. And what better way to force that springtime feeling than by drinking a tall, cool, west coast style IPA brewed by everyone’s favorite taproom employee slash tank top enthusiast Paul Weldner? I dare you to dream up a more inviting scenario. Did you know that, on the west coast, they don’t even have winter? Between climbing palm trees and singing Beach Boys songs in their convertibles, west coasters came up with an iconic style of beer. Here is our version, and second Small Batch Session: Homeward Bound. Read more below for more about Paul, the beer, and his charity of choice.

Top three favorite movies: Empire Strikes Back, Rocky, Back To The Future

Homeward Bound is our take on a classic West Coast IPA. Ever since we brewed our version of Sierra Nevada’s Resilience IPA in December we’ve had a hankering for a sharp bitterness, some Classic C Hops, a little bit of clarity and a nice dry finish. Brewed with Buck Farm’s Maine Pale Malt, Crystal 40, Carapils & Dextrose. We fermented clean with an American West Coast Ale yeast to keep the malt and yeast profile simple to allow the hops to shine. A combination of Amarillo, Cascade, Centennial and Chinook bring waves of Orange, Citrus and Pine.

What was the inspiration behind this beer?
After we brewed Resilience for Sierra Nevada’s Camp Fire Relief fund and I tried the beer, it made me remember how much I loved this style, and how much I missed drinking it. New England IPA’s rule the scene around here and for good reason, but I feel like a west coast style IPA deserves a seat at the table.

Tell us a little about your charity and why you chose it?
Maine Children’s Cancer Program (MCCP) is the pediatric oncology unit of the Barbara Bush Children’s Hospital and provides world-class cancer care to Maine children. MCCP is a vital resource in our state, providing care for over 200 kids on active treatment at any given time. On average, 50-60 kids are newly diagnosed with cancer each year in Maine. MCCP allows those families to receive exceptional childhood cancer care in a closer to home setting. The reason I chose this charity is because a friend of mine has a young daughter named Libby who was diagnosed with with Langerhan’s Cell in 2015, and had to undergo a year and a half of chemotherapy and steroids. Kids shouldn’t have to spend their days in hospital beds, they should be out playing with their friends and being, well, a kid. So anything that we can do by donating to getting closer to a cure is just so worth it.

What sticks out to you the most about the brew day itself?
The knowledge being learned during the day. This is only the third beer I have helped brew, and Patty has a wealth of knowledge to learn from. I really just enjoyed getting to talk beer with him during the brew day and picking up some things here and there along the way.

What’s your take on East Coast vs West Coast IPAs in general?
East Coast IPAs (New England Style) I feel are for the most part juicy and very well rounded, in taste and mouth feel. They have a tendency to be citrusy and floral on the palate and the nose, a nice malt sweetness, and of course, have that signature haze. West Coast IPAs on the other hand are well known for having a pronounced bitterness on the palate that you don’t get from NE IPAs. They have an understated malt character and have a very enjoyable dry finish to them.

Any ideas for future beers you’d like to make?
I would very much like to brew a farmhouse style saison at some point.

Any tips for how this brew should be enjoyed?
Enjoy on a warm sunny day with friends and family

Homeward bound will be pouring in our Portland location starting on Thursday April 18. Come on down and give it a try!