YOU EARNED IT: SESSION FIVE 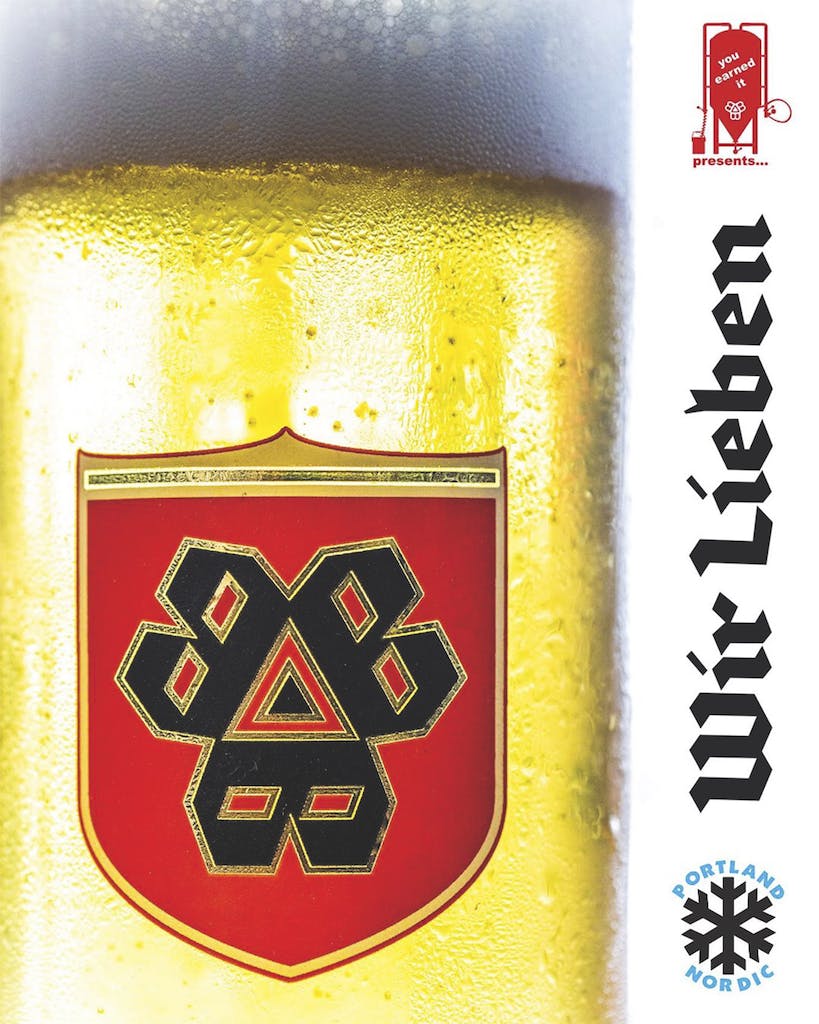 YOU EARNED IT: SESSION FIVE

Many foundations, charities and organizations have impacted our personal lives in some way.

In 2019, Bissell Brothers launched the “You Earned It Series” (previously known as the Small Batch Sessions) in order to showcase various non-profit organizations in our wonderful Maine community. We utilize our pilot brew house and small-scale fermenter capacity to allow members of our team a chance to develop their own recipe, and then offer it to the tasting room. From these batches, $1000 is then donated to the organization of the brewer’s choosing. Through this program, we can make beer styles not normally found in our portfolio, offering our guests a variety outside the normal rotation, and also our team a chance to experiment with new ideas.

For the fifth offering from our You Earned It series, we have another beer inspired by some recent transatlantic travel. There’s nothing quite like a carnival to get people in the celebratory spirit: out of their shells, out on the streets and, in many cases, out of their minds. In this way, Cologne, Germany’s Karneval isn’t so different from America’s Mardi Gras. They just do things a little bit…bigger. Inspired by the official beer of Cologne (Köln), Wir Lieben is a traditional Kölsch: simple, light, and oh so refreshing. For his charity, brewer Alex Lyscars has chosen Portland Nordic: a local nonprofit aimed at getting people outside and active with cross country skiing during those cold Maine winters.

What is your perfect pizza?

Would you rather travel back in time, or to the future?

After watching Dark on Netflix, I’d say back in time is most appealing, but only with EXTREME CAUTION.

The meaning is two-fold. Wir Lieben means “we love”.  Samantha and I got engaged in Cologne (Köln) so it has some personal meaning to me in that respect, but we were also in Köln during a special time of year. The whole town essentially ceases normal function and everyone goes out to drink Kölsch and party in the streets with costumes. They play special “Karneval” music which is a blend of polka, EDM and pop, and the flagship song of Karneval is called “Viva Colonia”. One of the lyrics in the song is “Wir Lieben dat Leben!” which translates to “We love dat life!”. The people in Köln are living dat life and drinking Kölsch reminds me to love and live it up.

It’s relatively difficult to get a good Kölsch-style beer in the US. The best brands are imported but it’s brewed with an ale yeast at lager temperatures, so it’s best drunk fresh and kept cold. It’s tough to check these boxes with an imported beer from a smaller brewery. I wanted to see if we could get a beer as true to style as possible without any of the adjuncts you find in many American Kölsch-style beers.

What is different about the way German beer is consumed, versus more traditional American styles?

Traditionally most beer in Germany is lagered. The sub-styles vary greatly and there is a ton of diversity in German beer, but they’re often associated with being clear and lighter bodied. In Cologne, they bring Kölsch to your table in a giant wheel with a handle, and the beers keep coming without needing to order another one. In fact, in some cases you have to explicitly tell them to stop bringing you more!

Portland Nordic is putting cross country skiing in on the map here in Portland. In school, all the other middle high schools in the surrounding area had strong programs, but Portland’s lack of trail systems and proper grooming equipment hindered the training availability. Portland Nordic is helping get kids out on the trails and promoting nordic skiing for all in Portland. I love that the sport is growing and being enjoyed by folks here in the city!

It was a really simple brew day. There are only a handful of ingredients, and we only used one malt variety. Much to the dismay of my colleagues working that day, I wanted the beer to feel like it was being brewed in Cologne so I played Karneval music all day for it. I think it helped and it made the brew day feel like we were back in Köln!

The beer is meant to be consumed cold and somewhat rapidly. It’s served in a smaller glass traditionally and is only a couple sips until they bring the next one. It’s not practical to give out tiny glasses in the tasting room, especially in the summer when there’s often a line to get beer.

Kölsch is a very simple beer when you’re just looking at the recipe. All Pilsner malt, single infusion mash, one or two little hop additions and pitch some yeast and wait. Voila, Kölsch. But like all light lagers (though technically Kölsch is an ale) it’s all about the process and the execution. Mash temp needs to be low enough to help dry out the beer’s finish, but high enough to get some body. Sparging needs to be done carefully to not extract tannins. The hops need to provide bitterness and a little flavor, but balance is key. Yeast pitching rates and fermentation temp control are crucial in getting the flavor profile you’re looking for. Brewing Kölsch is like practicing your fundamentals in basketball, it may not be as fun and exciting as shooting 3 pointers (Cookie Stouts?) and dunking (DDH IPA’s?) but it’s the backbone of being a good baller, I mean brewer. And when we’re done putting in a hard day of working to get better, we reach for a nice crisp clean easy drinking Kölsch. Prost!