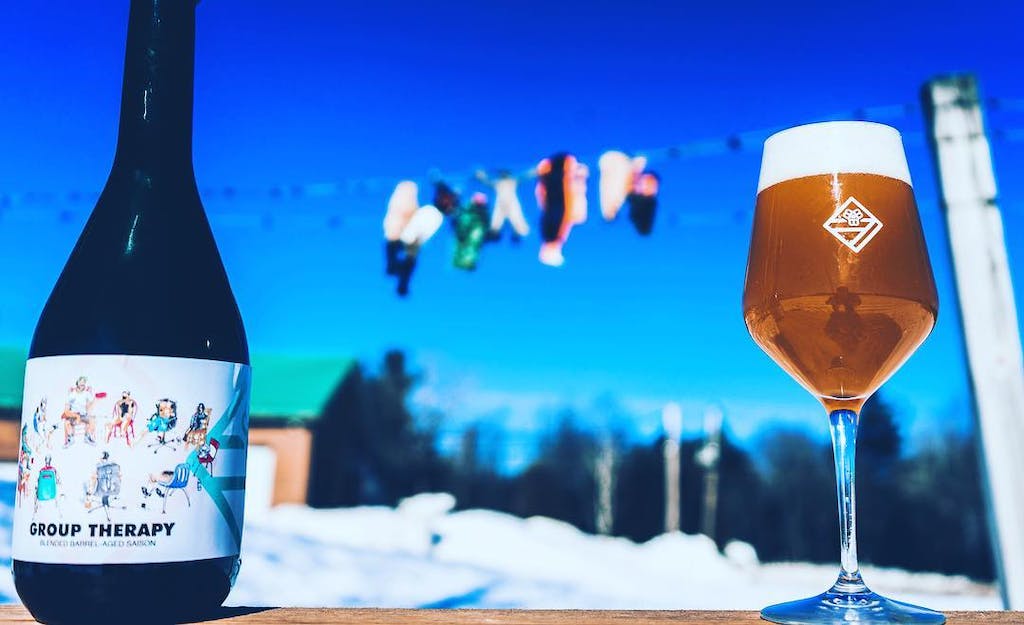 When you have a difficult, daunting undertaking to accomplish, it can be overwhelming and intimidating to do so by yourself. It’s hard to even determine where to start, hard to ascertain what course of action would be the correct one to pursue, hard to gain any momentum, whatsoever. You get inside of your own head, and by yourself, alone, you might just never get it done.

But, if you can get together with some other people, a group of folks to help you tackle a project, it’s usually easier. You can bounce ideas off of each other—ideas that you might never have thought of on your own. You can parse-out smaller tasks to each person in the group, splitting up the myriad things that need to happen in order to accomplish what you intend. In a group setting, you can collectively recognize when you’ve hit a roadblock, when you need to take a load off before recollecting your focus. A little group recreation can be beneficial towards progress, and in Milo, nothing’s better than a little pellet gun target practice out behind the brewery with your pals. Lennon and McCartney were right (as they often were): you get by with a little help from your friends.

When we first started brewing up in Milo at Bissell Brothers Three Rivers, we knew that barrel-aging would play a big role in the nature of the beers that we hoped to produce from our second facility. So, to that end, we started filling barrels as quickly as we could, stockpiling them, stacking them up, and tucking them away to age with time. Not deliberately forgetting about them, but time has a way of slipping by quickly when you are working hard.

After accumulating a relatively sizable number of barrels up in Milo, managing them all became an act of balance. It’s difficult to settle on the right pace for checking-in on the beer. Tasting through barrels, pulling samples too often, can be a negative thing—each time you pull a sample, you increase the risk of oxidation, and sampling too frequently has diminishing returns as far as not being able to appreciate any noticeable taste change or progression. But, if you don’t check-in on the barrels enough, they can “get away” from you and go past their potential prime, and it keeps you from learning about and experiencing the full life cycle of a barrel-aged beer. It’s quite an undertaking, especially by yourself.

So, turning to his friends, Noah asked Eric, our production manager here in Portland, to come up to Milo for a weekend with the dedicated purpose of tasting barrels, and selecting a blend for a bottled beer. It was a slow process, after all it wasn’t exactly “easy,” one that consumed two days and required multiple occasions to take pause, and take aim (literally) at some plastic figures with the ole’ pellet guns out back. But chugging along, with Noah and Eric leading the way, the group up north—also consisting of Forrest, Matty Robinson, and Britt—selected barrels to taste, sampled 20–25 of them, and ultimately settled on this blend.

It was so exciting to finally have the focused opportunity to do this! We had blended mixed-fermentation beers a handful of times before, but this was the first time we had a wide breadth of beers to sample from, some beers a year old, others ranging to roughly five months of age on them. During the session, the crew kept coming back to two threads of beers, each of them strikingly reminiscent of the “farmhouse” beers that inspired the Milo facility to begin with, those elements screaming out from these barrels.

The first thread was literally the first beer brewed up North, thirteen months ago. It was an all-Maine grown malt recipe, fermented with a few strains of brettanomyces and some bacteria in a stainless tank, and then sent to age in barrels. This beer would ultimately comprise one-third of the final blend. The remaining beer within the blend was a more straightforward brettanomyces saison, no bacteria, but with some depth and complexity drawn from the brett-fermentation. A fruit leathery character, but with a slightly fresher disposition to balance well with the older beer.

Excited about this blend, we bottled the beer, and then waited. This beer was a true exercise and experimentation in bottle conditioning. After one month, the beer was fully carbonated, yet in tasting it, we thought it was lacking full harmony and synchronization. The aromatic nose on the beer was lively and jumped out, and the carbonation on the finish was dynamic, a boom(!) at the end that invited another sip. But it was a bit of a disjointed, staccato-ed flavor experience, one that we hoped might eventually meld and integrate together with time in the bottle.

Opening up a bottle after another two months, tasting the beer, it demonstrated just how special bottle-conditioning beers are. That extra time yielded a fruity, complex middle to the beer. A range of depth that did not previously exist. Plus, that extra time brought with it a little element of the green bottle that the beer is contained within—a whisper of skunkiness that intertwines with the old-world characteristics of the beer, a beer that parallels the classic saisons of old. An element that we intentionally enjoy.

This beer has the exact level of complexity that we had intended and hoped for. It’s absolutely refreshing enough to drink without much thought, sip after sip. But it’s also complex enough to enjoy over the course of the entire evening, unwrapping the whole thing, discovering layer after layer of depth. And it represents a lot of things to us: foremost it is a representation of the beers that Milo was created in order to produce. It also represents what happens with beer in barrels over time. It represents the “magic” that true bottle conditioning can yield. It will represent what the evolution of the beer may have in the bottle—it’s ready to drink right now, but it may evolve, change, fall-off. Drink as much as you’d like now, but maybe squirrel away a bottle for a rainy day, just to see.

Finally, this beer represents the therapeutic, the truly beneficial aspects of working in a group, working together with friends and like-minded people. “Group Therapy” demonstrates that beers blended together, thoughtfully, can be better than beers standing alone as singular creations. Different threads of beer, coming together, may express themselves differently, but this beer demonstrates that, going forward, the potential is always there for a beer that is greater than the sum of its parts.

Together we can accomplish so much more. Whether creating beers of this nature, or whether we are taking aim at some poor plastic figurines through the scope on our pellet guns, we—collectively as Bissell Brothers Brewing—are better together, and we hope this beer, and the carnage of plastic down range out back in Milo, proves it….