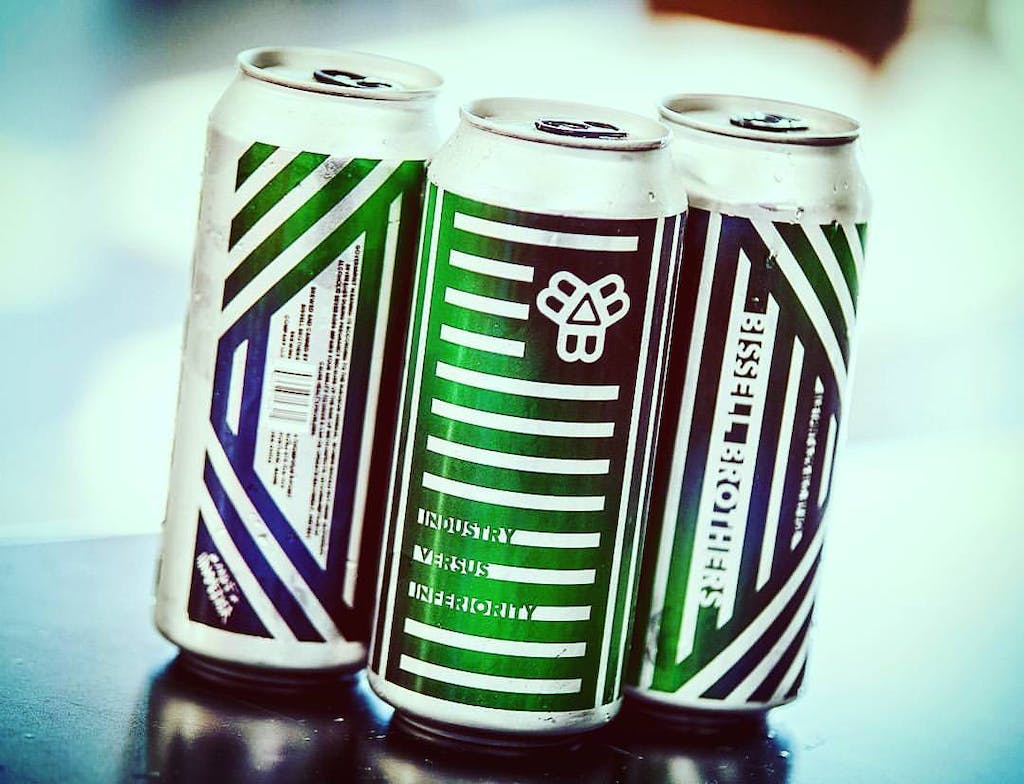 According to Erik Erikson’s renowned psychosocial theory, people progress through a series of stages in their lives as the grow and develop. The Industry Versus Inferiority stage is the fourth stage in this series, and it is ultimately a question that must be asked, a hurdle that needs to be faced in early childhood. How can I create good within myself? How can I display competence? How can I garner feelings of industry in my life? How do I cast aside feelings of inferiority?

In early 2017, now over three years into operations at Bissell Brothers, and having gotten settled squarely into our new home at Thompson’s Point, progressing past all of the challenges that that move entailed, our brewery was squarely, symbolically in its early childhood years. We now all felt a new challenge—how do we, as a brewery and as brewers, keep progressing in the right direction within this scene, within the beer community in Portland and far beyond? How do we avoid stagnancy? How can we display competence? The answer, we decided, was to brew a new beer.

The recipe for the beer that would become “Industry Versus Inferiority” was a focus on pushing ourselves forward at this critical point in our brewery’s growth and development. A concerted effort to keep momentum going for us in a sensical way. An exercise to build self-confidence and display competency, especially with respect to skill of using ingredients.

Idaho 7, in particular, was one of those ingredients. Similar in line with other “newer school” hop varieties, say El Dorado, for example, we saw great potential in the Idaho 7 hop varietal, but we hadn’t discovered any beer that fully executed on the hop’s potential. It’s not necessarily a hop well-suited for a single hop beer, at least in our opinion, as it can overrun a beer quite quickly. A coarse, albeit rounded, bitterness that can be too grating if not blended appropriately. If not used with intention and with, well, competence.

Idaho 7 is packed full of springtime pine character, a walk through a wet forest—and we love it for this. But there is also plenty of stonefruit character imparted, as well. So, we decided to marry this Idaho 7 hop with Amarillo, a hop that packs plenty of orange fruit characteristics alongside more general stonefruit aromas and flavors in its own right. The Yin of sorts to Idaho 7’s Yang, Amarillo is grassy where Idaho 7 is perhaps true tree bark. The goal was to give these hops the proper justice, all in a beer that would add value not just to our brewery, but to the rest of our beers as well. To keep growing the ability and range of ourselves, not just playing the same song again and again.

To do this, we married this hop blend of Idaho 7 and Amarillo with just a kick of Mosaic hops for an additional complexity of nuanced citrus and pine, delivering some tropical undertones. We then combine this complex hop profile with one of our most complex malt bills for an IPA. Taking note of the minimalist trend in IPAs of utilizing just base malt and hops, we pivoted in a different direction, as we’ve done for other hoppy beers, The Substance being just one example, and choose not to take one tool from our brewers’ toolbox (that specifically being malt) and locking it away. Choosing not to limit our beer to simply base malt alone.

Starting with Golden Promise, a heritage malt that we fell in love with in its application in Swish, we use a restrained amount of Carastan to build body and malt character, and a kiss of Caramel-60 to add a whisper of roasty, restrained sweetness into the beer. A small amount of flaked grains add a nuanced texture, and a touch of oats increase mouthfeel.

The result is a unique animal. A true highlight of ingredients, of using all of the tools in the brewers’ toolbox, and of agricultural products—hops and malt. A complex, balanced, easy to drink beer that would keep momentum moving forward for us at Bissell Brothers, for us in the industry in Portland, and for us in beer in general.

And as much as Industry Versus Inferiority as a beer symbolizes a paradigm shift in our production operation, a clear design to avoid stagnancy in this point of development of the brewery’s life stage, it also represented a turning point in our labeling and design. We had worked with artists before on collaborative label design, but no one quite like Mike Hammecker of @Flatcolor1. After all, there is no artist singularly as important to the Taproom aesthetic than Mike.

As soon as you walk into our Taproom at Thompson’s Point, you are inundated with Mike’s artwork. Clean, punchy, line work that is bright and loud and vibrant. Through design of the Industry Versus Inferiority label, we sought to impart that feeling of the Taproom, that crisp aesthetic into a new avenue—into the hands of beer drinkers everywhere. A paradigm shift toward a holistic incorporation of everything we seek to do—both in the taproom and now in the beer drinkers fridge or cooler—to keep pushing ourselves forward, to not stagnate.

Complex, sure, but drinkable, Industry Versus Inferiority is our embodiment of all things needed to keep progressing, to keep grinding, to keep developing, and to grow. It is a series of small shifts, forever, that enables growth. Small shifts that we hope will garner industry and cast inferiority aside. It starts small, drinks big….