Nuclear Whim With the Fuse of A Mile 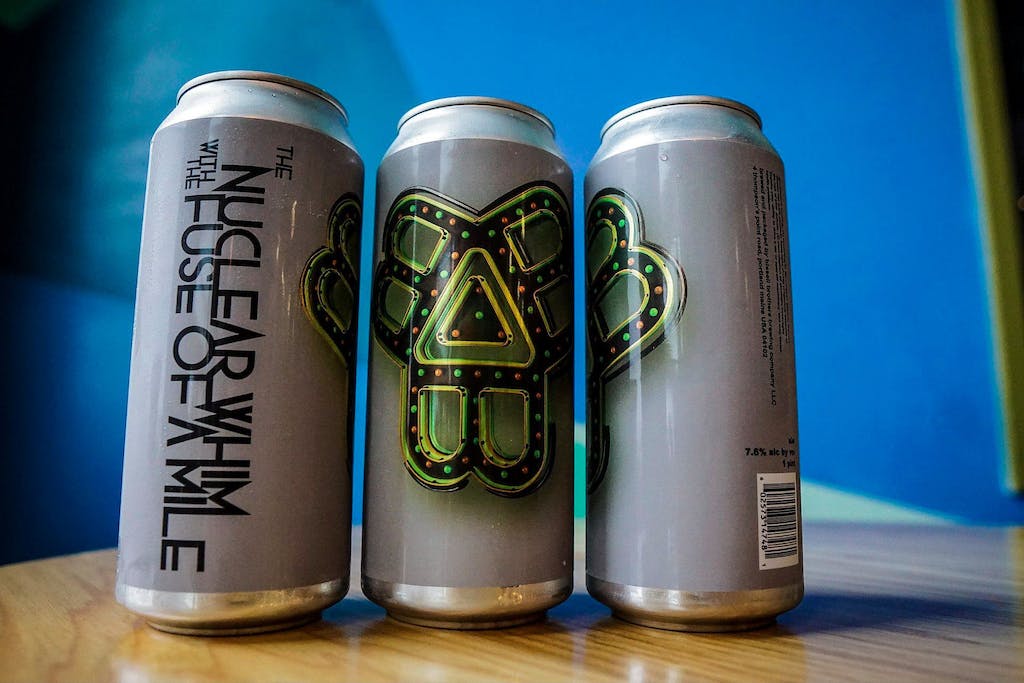 Beer and music are a lot alike, perhaps in more ways than you may realize. But if you stop and think about it, music and beer are both quite powerful forces, impactful in myriad ways on people’s daily lives. They are universal socio-cultural forces, just as everyone can appreciate a well-written and well-performed song, so to should everyone be able to enjoy a well-brewed beer. Beer and music bring people together, they are inherently social undertakings.

Beer and music can be divisive and can most assuredly result in opinionated, lively debate. Just as music fans could argue for hours about their favorite bands best song or album, so to could beer fans argue over what beer from their local brewery is the greatest of all-time. People wear brewery tee shirts and gear just like a band’s tee shirt from the latest tour.

If You Wanna Make Waves.

Perhaps most importantly, in my opinion, beer and music both have that special, uncanny ability to create vivid, deeply meaningful memories of a time and a place. When I sip one of my favorite beers, let’s say, Allagash White, my mind is flooded with flashbulb moments of enjoying that beer in the past—drinking a pint of White at Toronado, or touring Allagash Brewing with my Ma and Dad, or walking around Portland in the first rugged snow storm of my first year living here. When I listen to one of my favorite albums, let’s say Champ by Tokyo Police Club, my mind is inundated with memories of listening to those familiar songs—listening as I hiked in the sunshine in Santa Rosa, California, as I was studying in Law School and falling in love with beer at the same time. Or, from last December, at a very special Tokyo Police Club show at Aura in Portland, Maine…. But more on that, later.

Much like beer is meaningful to all of us at Bissell Brothers, music is too. Spend any time here, and you’ll soon find that Tokyo Police Club is a house favorite. Much like my own personal reflections on the band, others here share similar sentiment. And, Champ just so happens to be one of Noah’s all-time favorite albums, as well, and for him that collection of songs brings back vivid memories and associations with his time from the end of college until the brewery opened. A long period of time punctuated with school, a job, planning a business, and homebrewing. All of it accompanied by those Tokyo Police Club songs.

If you think about musical lyrics that really stick with you, at least the good ones, there is always an inherent bit of room for ambiguity. The lyrics mean something, deeply so, to the author, but there is ample room for each listener to interpret the meaning on his or her own, ascribing a personal meaning to make the words all their own.

There is a song on Champ titled Frankenstein. If you haven’t listened to it, stop here, now. Go listen to it, and aw hell, go open a beer while you’re at it. We are just getting started.

The Nuclear Whim with the Fuse of a Mile.

This poignant line always stood out to Noah, it was a metaphor for that period in his life, in the history of our brewery. A long, hard grind from the conception of the brewery to actually opening the doors, all the blood, sweat, and tears that went into it.  The Fuse of a Mile… all leading up to that inevitable BANG! of opening, of hitting the ground running, and of operating the brewery and the business for four years.

With our fourth anniversary last year in December, we wanted the celebration to be reflective of all that had happened in the brewery since our opening, up until that point in time. Not a traditional anniversary milestone, but just a point in time to us that seemed to warrant going big. Throw a hell of a party for us and for Portland and for the people who have supported us in any way. We were blown away when the band Tokyo Police Club agreed to provide the soundtrack for that party, and we knew we had to brew a beer that would fit the bill.

And I Have Found a Way To Celebrate.

Nuclear Whim would, ultimately, be a beer built around South African hops—specifically Southern Passion and African Queen.  And although that’s now true, it nearly wasn’t.

We were intrigued by the promising characteristics of these hops, very reminiscent of some of the Australian hops that we love working with, but also (like any hop with any true brewing value) distinctly and uniquely their own.  Bright, tropical, pithy, punchy. We, like many other brewers, contracted for these hops in fairly decent quantities, excited to brew with them on a regular basis.

But then, the floor dropped out on us.  We, like all those other brewers, got a very blunt, non-negotiable email that informed us that those hop contracts, the hops we were hoping to brew with, were simply no longer available to us.  AB InBev, through their acquisition of SABMiller and SABMiller Farms, had gained control of virtually the entire South African hop supply, and they decided to cut off that supply to all craft brewers, choosing to allocate hops to their “high end,” “crafty” brands, such as Wicked Weed and Golden Road.

But That’s My Only Crime.

A major disappointment for us, sure, but this is a business, and sometimes things happen. In what perhaps was an extension of the olive branch, the old purveyor of the South African hop farms extended to us a small amount of both Southern Passion and African Queen—essentially, enough hops for just one brew. We were damned well going to make that brew count.

Thinking that Nuclear Whim would be a one-and-done for the anniversary, we brewed an IPA featuring roughly 40% Southern Passion and 40% African Queen, rounded out by the familiar citrus character of Citra.  The result, if you can recall, was a unique, delicious, and drinkable beer that was perhaps a bit too smooth and easy-going, in a great way. Drinking that beer at Aura that night, as Tokyo Police Club introduced that special song, Frankenstein, was simply surreal for us all.  If you were there for it, thank you. We couldn’t have been more stoked to have shared that experience with you all.

And we thought that this beer would end there…. Although that night would have provided a fitting send off for the beer, we were informed later, almost just as abruptly and suddenly, that we’d have access again to the South African hops. That our contracts were more-or-less “back on.” We liked the beer the first go-around so much so, that it was a no-brainer to brew it again.

This version of Nuclear Whim is similarly a focus of those two South African hops—namely Southern Passion and African Queen. And again, Citra rounds out this pungently tropical hop profile in the beer. 2-Row malted barley provides a clean base for these hops to shine, and we use Maine-grown malted Oats (instead of the malted wheat that the original recipe called for) to impart an intensely fluffy mouthfeel and body to the beer. The beer drinks with an airy delightful-ness that makes you want to keep taking sip after sip.

We are excited and grateful to have access to these hops, we are pleased to brew this beer and to share it with you at this point in time for our brewery, much like we had the opportunity to share it all with you for our fourth anniversary.

Catch your Breath. Take your Time.