Edward Lawrence | You Earned It Series

Proudly relaunching our You Earned It series – available in cans for the first time! – with this porter benefitting the Dempsey Center. You Earned It is a program in which our team members take turns brewing a small batch of beer on our pilot system. A portion of the sales from draft pours and cans sold are donated to a non-profit of their choice.

For the relaunch of the program, we begin with a porter brewed by sales rep MacGreagor Stevenson. He chose the Dempsey Center, an organization that provides support to Mainers with cancer and their families. MacGreagor’s mom has beaten cancer twice, so he’s happy that the funds raised from his beer can help patients and their families who are currently going through similar experiences.

Why a porter? Great Lakes Brewing Company makes one that MacGreagor’s enjoyed called Edmund Fitzgerald, named after a ship that sunk in the Great Lakes. Wanting to try a Bissell Brothers riff on a lower-ABV porter, Edward Lawrence was born: named after a six-masted schooner that went down in Casco Bay in the 1920s. The resulting beer is well-balanced and easy to drink, but doesn’t compromise on the roasty richness of a traditional porter. Not to mention that drinking a porter on a cool summer’s night is prettyyy satisfying.

You Earned It allows all members of our team to get hands on with brewing while giving back to our amazing community – and directly to a cause that is close to their heart. Doesn’t get much better than that! Edward Lawrence is available now on draft and in cans while it lasts. 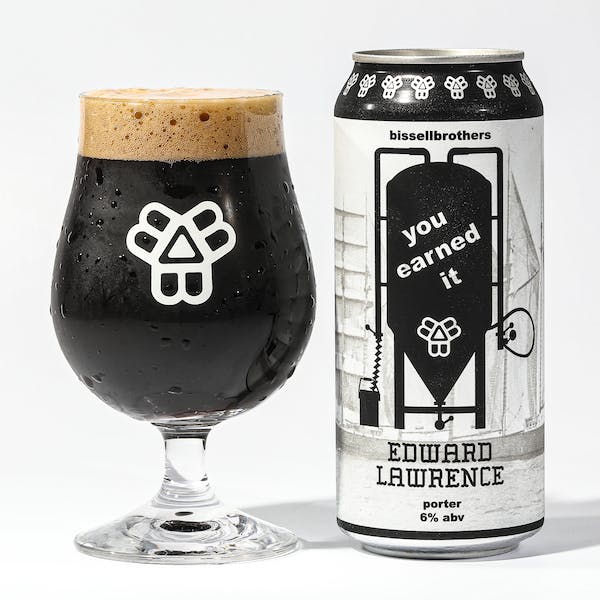