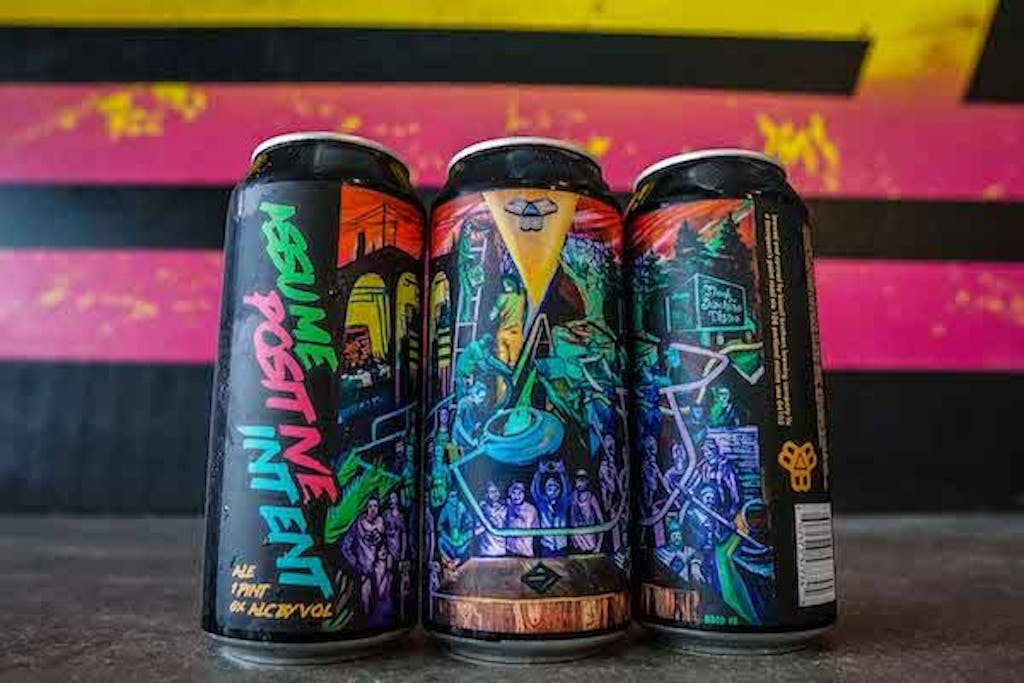 As far as world outlooks are concerned, it is an optimistic, bright outlook to go about your day with the assumption that everyone has good intentions in mind. This is a much more forgiving, idealistic outlook than it is to assume the opposite, that people’s intentions are negative or ill. Sometimes, in today’s current political, social, economic, cultural climate, it is vitally important to consider the power of assuming positive intent in others.

This same world outlook, like many things in life, can be just as applicable to beer. With all that is going on in the beer industry these days, it is an optimistic outlook to assume that the brewer has only positive intentions in mind.

Some time ago, out in Yakima Valley for hop selection, some of our brewers, Noah, Paul, and Seth were keyed onto a new hop variety called Sabro. A hop that was first discovered growing indigenously, wild in the mountains of New Mexico, it was then developed by The Hop Breeding Company as an experimental variety—HBC 438.

Our production guys tasted Sabro out on that trip to the Pacific Northwest in a few beers, most notably “Ron Mexico” from the well-known Russian River Brewing Company. They recognized it as a unique hop, for sure, but maybe not necessarily a true big league slugger (to carry the metaphor) such as, say, Citra or Mosaic. Whereas those hops can stand alone, jacking home run after home run in beers, Sabro felt to us to have more potential as a feature in a hop blend. A lead-off batter who needs to rely on his teammates to drive him home.

So, with the most positive intentions in mind as far as hop combinations go, we looked for other hops that we had available to us, hops that we knew we liked, but that we didn’t really know and understand their full potential in application. It made sense to us to combine Sabro, a hop that yields a distinct coconut character, with Southern Passion’s pungent topicality, and Calista’s fruit-centric tones, flavors that you might find in, maybe, Fierce Melon Gatorade.

Much like we do in our beer Big Small World, where we combine Hallertau Blanc from Germany, Galaxy from Australia, and Motueka hops from the Pacific Northwest with best intentions, we thought it a good idea to combine different hops from different, traditional hop growing regions in this beer. Thus, Sabro (now) from the Pacific Northwest, Callista from Germany, and Southern Passion from South Africa form the combination in this Pale Ale. The result (or at least the intent) is a combination that is greater than the sum of its parts. Bringing these very different hop varieties together in the fullest way possible.

For the grist, we also turned to a relatively new ingredient to us—Malted Oats from Buck Farms in Maine. Using roughly 20% of Malted Oats in the grist, we impart a uniquely drinkable body and roundness to the beer, all while improving head retention and foam quality. With the intent to use local ingredients, supporting local farms, we selected Maine-grown 2-Row Barley Malt as the base for the beer, a showcase for the hop blend. A slight kiss of tartness, a light acidic pop, compliments the beer in the best way, engaging and refreshing sip-after-sip.

Experimenting with process, we re-examined the way we would dry hop this beer. Here, the recipe calls for a dry hop charge of roughly the same amount as Subby, still a lot of freakin’ hops, but still a beer that only gets one dry hop. Swish and Nothing Gold’s dry hop loads, on the other hand, are so massive that we nearly have to split it into a “double” dry hop just to get all the hops into the fermenter. So, although we could perform a single dry hop, on this beer we decided to split the dry hop into two smaller dry hop charges instead of one big dry hop all at once.  We hope this imparts a subtle difference in hop aroma and flavors, a byproduct of better utilization, perhaps. A process tweak with positive intentions in mind….

For the artwork on the beer, we looked in-house to our incredibly talented, and pretty freakin’ awesome beer server, Nico LeBarge. Her art is truly like nothing else, bright, imaginative, loud and flashy visually, but humble and restrained in execution, all at once. The label features images of our brewery, and the likenesses of every member of our team. Go ahead, take a look—who do you know from our crew, and who have you yet to meet?

Although the label art could standalone, together with the name of the beer, “Assume Positive Intent,” this can is a warm reminder that—no matter what the hell is going on in the beer world these days—it’s damn safe to assume that we here at Bissell Brothers all have the most positive intentions in our minds.