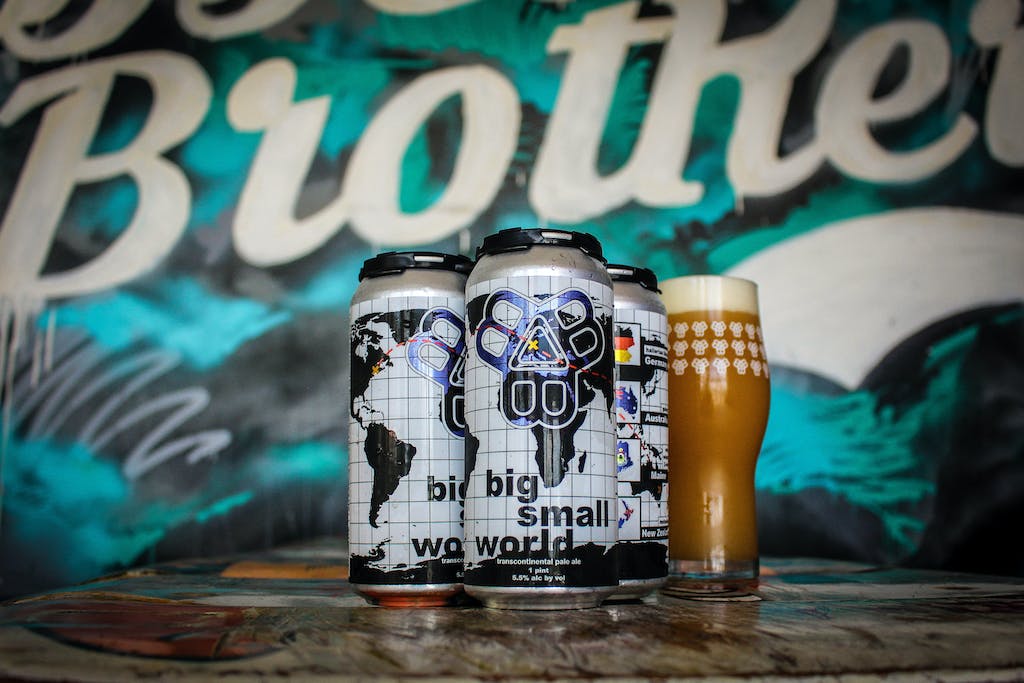 If you’ve been drinking better beer for a long enough time now, you’ve most likely heard the phrase: “Drink Local.” That mantra to drink locally, buy local, support local breweries is often criticized in today’s brewing day-and-age. Just because a beer is brewed locally, doesn’t mean it’s inherently a good beer. And, with a few exceptions to the norm, not much about the ingredients in the beer you have in your glass right now is actually all that “local.”

But, it wasn’t always that way. There is an inherent beauty, something fascinatingly romantic, about locality. And historically, there are numerous examples of beer traditions and beer styles that were born out of “local” elements. Take for example, the water in Plzen that gave the world the Pilsner (and thank the beer gods for that one). Lambic born of the microflora in the Pajottenland region of Belgium (and thank the beer gods for that one). The smoked German malts from Bamberg that gave the world the Rauchbier (and derivatively speaking, thank the beer gods for Schlenkerla Helles, while we are at it). The locally grown, complex grains and other herbs and spices that fueled the Belgian traditional of brewing Saison. And so on…

But in today’s modern age of brewing, there are very few global boundaries. As a production brewery in Maine, we have access to ingredients sourced from all over the world. Those ingredients will literally show up on a truck to our loading dock in sometimes under 2-days’ time. It’s a small world, after all. And given that that’s the case, there really isn’t inherently any good, rational reason to utilize a “local” ingredient when developing a recipe and brewing a beer. Unless, of course, there is.

When we were beginning to receive our supply of Maine Malt House malts in quantity, we were blown away with the consistency in the malting qualities of the 2-Row, Maine-grown malt that was available to us. That Buck Family, Mapleton Pale malt possesses an indescribable quality that adds an element and depth of character that isn’t available in other 2-Row base malts that are accessible to us from really any other supplier around the globe.

We were looking to brew another lower ABV Pale Ale offering on a yearly basis, something that we could drink a few glasses of in one sitting and still be able to go about the rest of the evening. That Maine-grown Mapleton Pale malt from just hours up North of our home in Portland, Maine, in conjunction with the Flaked Oats and Flaked Wheat that Maine Grains in Skowhegan is able to offer up to us locally, proved to us to be local ingredients that really tasted different and delicious in a way we couldn’t find if we looked outside of Maine. Maybe it’s actually a big world, here in our home state.

Embracing the duality of the use of all-local ingredients in the malt bill, we decided to embrace the locality of other global regions when it came to hops. If you’ve had hoppy beers before, single-hop beers in particular, you’ll notice that hops grown in different regions have different, well, regional characteristics.  German hops are generally known to be clean, spicy, floral. UK hops are known to be earthy and pungent. Australian hops are tropical, juicy, and often cast a hop-haze. American hops are typically brightly dank and piney.  New Zealand hops, zingy and citrusy.

Using the contracts and quantities we had available, we selected Galaxy from Australia to provide that tropical citrus, a blast of passionfruit. We selected Hallertau Blanc from Germany to support the aromatic floral characteristics in the beer with a cleaner, rounded nature. We also selected Motueka from New Zealand to add a slight lemon-lime accent to compliment a hop-forward, yet not overly impactful overall profile to be found in our “Transatlantic” Pale Ale.

An example of the hyper-local coming together with the utterly global. Maine. Germany. Australia. New Zealand. It’s a Big Small World.

Yet, you don’t need to necessarily know any of that. When you take a sip of Big Small World, it is truly a local beer in perhaps the most literal sense. It is the glass of beer that’s in your hand. I mean, look down at the beautiful foam atop on your beer… Doesn’t get more “localized” than that.

Here's to Feeling Good All the Time
Baby Genius