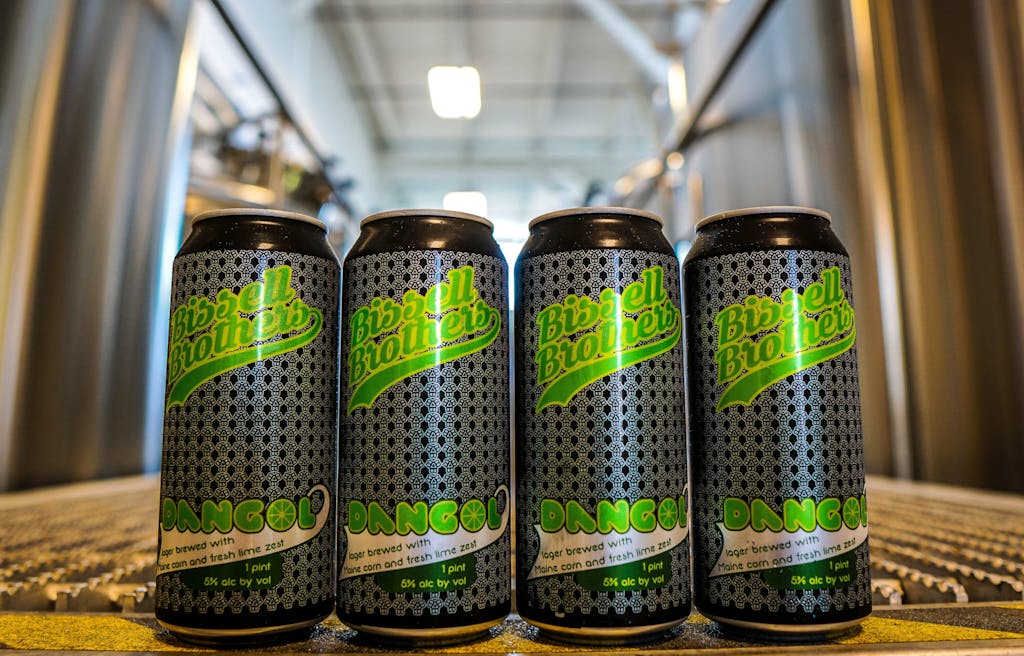 There is absolutely no denying it, delivering beer is hard, physical work. A ½ bbl keg of beer, the typical size keg you might remember seeing at a college tailgate, weighs just about 160 lbs. Imagine hauling these oddly shaped masses of stainless all around Maine, from our brewery at the Industrial Park, into the back of a van, out of the van, and then finally through a crowded kitchen or a bar. Imagine doing that in the middle of a hot, humid, Maine summer scorcher. It’s hard, hot work. You get thirsty.

It was the first summer we were open in 2014, and our second employee, Josh (affectionately known to most as “Sniff”) was the man usually tasked with this sweaty, relatively thankless exercise that summer.  He did the job, and he did it well and with a smile. But he got thirsty. You would too.

That Memorial Day weekend, Sniff was enjoying some much-needed and well-earned time off with friends, a venture down to the beach to relax and share some drinks. Finding himself with a Bud Light Lime in his hand, on an 80 degree, humid afternoon, that beverage was the definition of thirst-quenching. Undeniable refreshment. Sniff would look down at that silver and green can, a flashy-macro gimmick of a beer in most every sense, and he would think to himself in his typical, sardonically honest way, “this is the best drink ever.”

That next Monday, Sniff arrived at the brewery with a 12-pack of “Limes” in hand and introduced the beerto Noah. There was skepticism at first, after all it seems like such a silly, simple beer. But surely, Noah was sensible enough of a “craft” brewer to come to the eventual realization, and accepted the fact, that Bud Light Lime is straight-up delicious and awesome. Noah approached Sniff, mostly in homage to one of the hardest working guys in the industry, and said “I’m going to brew the Bissell Brothers version of this beerfor you.”

The first time we brewed the beer that would become “Dangol,” we went down to the homebrew store on Forest Avenue and bought them out of flaked corn. Brewing the beer on our small pilot system, we did the best we could to replicate the true showcase of Lime that is a can of Bud Light Lime. Fermenting the beerwith our house yeast at a cold temperature, and then putting the beer through a mini-lagering phase—there were constraints on what we were hoping to do, but we were trying. A slight creative twist that we would add to our beer would be to feature Motueka as the hop, a pungent New Zealand varietal, hoping to enhance the lemony, limey, spritzy character.

Tasting Dangol the first year, we were, frankly, stoked. Light, refreshing, drinkable, full of those flavors we love. Just right for what it is. We celebrated—Sniff brought in his grill and we threw a party at the brewery, with Josh cooking up and serving burgers and with the Dangol flowing. Pure Maine-summer refreshment at its finest. We knew then that this beer would be one that we’d brew every summer, first and foremost forSniff, but for everyone who worked (and who would come to work) at the brewery. And, of course, also forMaine, itself.

Now in our fifth “Dangol season,” this year’s release represents the full actualization of what we might have hoped to set out to do to recreate Bud Light Lime. The beer still uses Motueka as the showcase hop, and it is still brewed (in part) for Sniff, although he’s since started his own company, Sleek Machine Distribution. He’s still slinging kegs for us (and a few other breweries, from time to time), and he still gets thirsty—this is summertime in Southern Maine, after all.

However, this year we have the time, most of the equipment, and the resources to do it right. We are proud to use all Maine grown corn in this year’s recipe, with the grist made up of nearly 20% corn. All that corn isn’t already primed for enzymatic activity in a mash tun, like say a barley malt already is, so we needed to “cereal mash” the corn in our brew kettle, essentially cooking it prior to use. And given the fact that we don’t have the true equipment needed to do this process, that undertaking is a lot of (you guessed it) hard, hot work.

Each 40-barrel batch gets a solid dose of lime, equating to roughly 8 lbs. of zest, all told. We’re talking 900 limes, each one zested by hand, more hard work. An absolute labor of love. We fermented this year’s batch with our lager yeast and then put it to rest at near freezing temperatures for five weeks in one of our horizontal tanks. The result is a beer that is perfect for this Maine summer, perfect for BBQs, perfect for the pool, perfect for drinking by the four-pack. Undeniable refreshment after a day of hard, hot work.