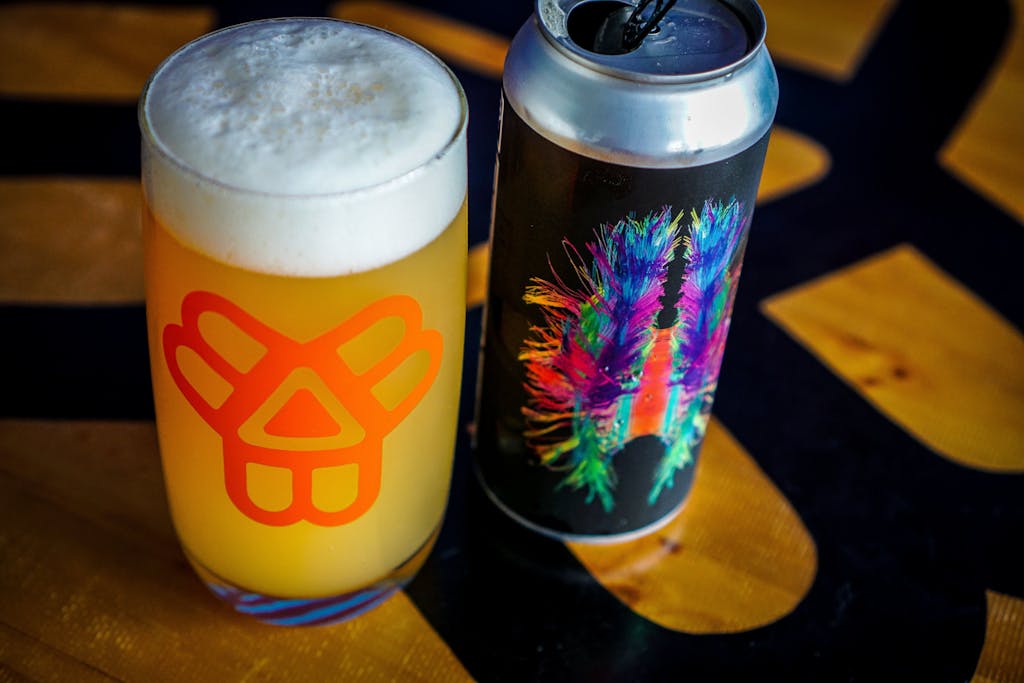 Have you ever had a memory in your mind that you just can’t shake? A vivid, visceral replay of a moment in time, of something you have done in the past. This memory was a result of an event, impacting your life in an important way. In neuropsychological terms, an “Engram” is a hypothetical permanent change in the brain accounting for the creation of a memory. It is the way that a memory is stored, ultimately to be revisited.

Our beer, Engram, is the re-visitation in a sense of a memory from our homebrew past. Like many things in our brewing world, it goes back to Allagash White. Like most of us, after tasting Allagash White, Noah was smitten with its wheat character, its fluffy mouthfeel and complex flavors.  Wheat is unlike traditional base malts, and as you taste it in a beer, it is unavoidably unforgettable and absolutely delicious.

Not necessarily keen on brewing traditional witbiers, however, Noah began converging this newfound loveof wheat as an ingredient in beers with his affinity for hoppy beers. A love of the flavors and aromas that could be developed from the artful use of the hop. He began homebrewing hoppy wheat beers, beersdrawing inspiration from Gumballhead brewed by Three Floyd’s or 80-Acre Hoppy Wheat from Boulevard Brewing. Taking the wheat-based elements of Allagash White and merging that with new-school hops.

Since brewing those homebrews, years had passed and we had opened up Bissell Brothers Brewing Company. After brewing for some time, we had our collective feet under ourselves, and it felt right that the time had come to bring it full circle.  To revisit a memory of home-brewing and drinking those hoppy wheat beers several years ago.  To brew and share a beer called Engram.

Engram is definitively a showcase of wheat.  Comprised of nearly 70% wheat, it predominantly features this ingredient.  Among the wheat components are malted wheat, flaked wheat, and dark malted wheat, an ingredient somewhat similar to Munich malt, adding a further bready and doughy complexity to the wheat profile, as well as just a slight touch of color. The resulting base of the beer is wheaty, complex, delicious.

And all of this fluffy wheat base pairs perfectly in the beer with Denali hops. This dankly resinous, high alpha hop screams pineapple character in a direct sense of the expression. The hop is a straight blast of pineapple. So, in addition to Denali hops, Engram features a charge of Citra hops that serves to fill-in and round-out the profile, giving this beer a rounded citrus character that is not insularly pineapple.

As opposed to be styled as just another IPA, however, the hopping rate is actually quite conservative on this beer, a little more subtle and nuanced in character. It’s a showcase of wheat, first and foremost, with a nod to the hoppy character of beers that we all love. Fermented with our expressive house yeast strain, it finishes clean and dry. At 5.5% alcohol, it’s also incredibly sessionable. Full bodied and not watery, extremely drinkable in all senses.

This beer is one of our favorites, and tasting it will impart upon you a memory of drinking a hoppy wheat beer that you won’t soon forget. Enjoy…