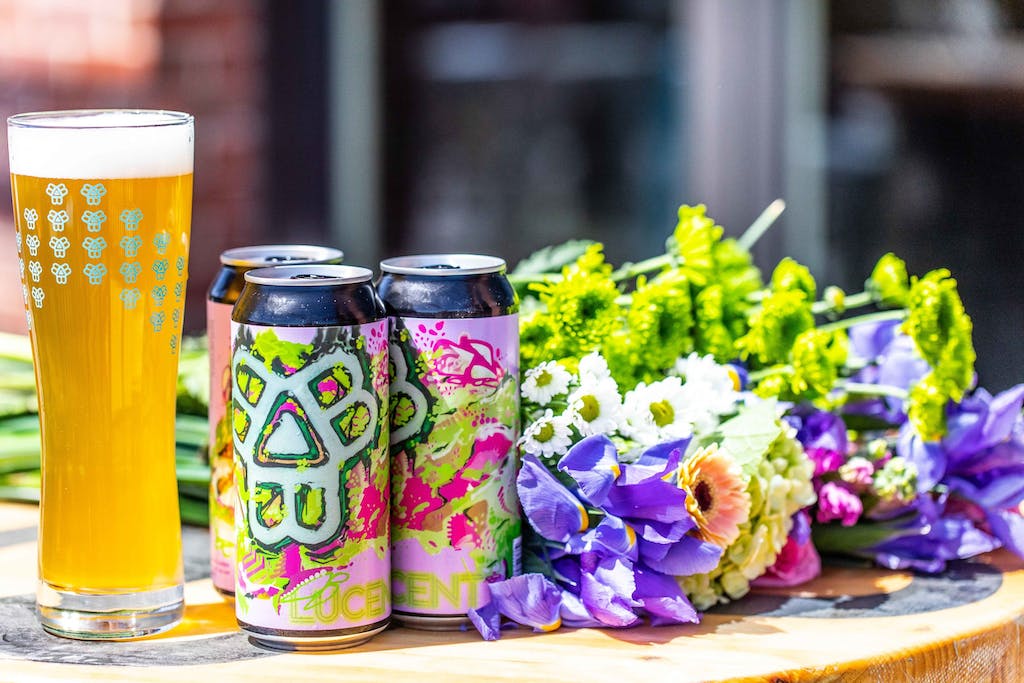 A wise man once said, “Happiness can be found in the darkest of times, if one only remembers to turn on the light.”

Was that man a fictional wizard from the Harry Potter books named Professor Dumbledore? Yes. Was the sentiment correct? Absolutely, and we have the beer to prove it.

Say hello to the newest member of the Bissell arsenal, Lucent.

Meaning “glowing” or “lit from within”, Lucent is a traditional German-style Helles, derived from the German word hell which translates to “bright”, words which describe the look of the beer perfectly. The style was invented by Munich-based brewery Spaten in 1894 as a lighter version of their Oktoberbier. Longer fermenting and low hop addition create (ideally) a full-bodied, light colored pale lager that tastes biscuity, lemony, leans a little more towards the malty side of things, and has a dry finish on the palate. All of which serve to make this beer endlessly drinkable and, as some of us have taken to saying, a true guzzlebrau.

Our road to Helles was paved with good intentions, yes, but also lots of research, a transatlantic quest for inspiration and, finally, the long awaited “aha” moment back home in our own backyard.

“We spent about a year and a half honing in Precept and Lagerbier, the two initial lagers we’ve done, so we knew we wanted to introduce something different that was still very much on the traditional side,” said Noah Bissell, our head brewer.

Vague ideas were present, sure, but “it was hard to get that final whack of true inspiration, not having it feel like it was forced. If that’s the case, especially for this type of beer, then…why bother,” he continued.

Even a staff research trip to Germany, the birthplace of helles, yielded no “silver bullets” of brewing excitement. A quick trip to Boston followed soon after the Germany trip and, ironically, it was there, while drinking a helles (Notch’s Voll Projekt: Helles Spezial) at Brewer’s Fork in Boston that Noah received the inspiration he was searching for. “[That beer] was like everything I had envisioned myself drinking in Germany. And so literally, straight up as soon as I laid lip to that I was like ok yep, helles it is.”

“Helles is a weird type of beer because, if you’re trying to go on the traditional end of it, it has a lot less wiggle room,” Noah continues. “It’s supposed to be pale as f***, all pils [malt] and low hopping. The signature is really about how you treat it in the fermentation and cellar, which is really cool to me. I think a lot of people say this about lagers in general, but it’s never more true than with a helles: there’s nowhere for any flaw or lack of character to hide, so it is inherently challenging brewing-wise, which is really appealing.”

These are a few of the ways we’ve made a Lucent a Helles of our very own: we used all Maine pilsner malts from Buck Farms, one traditional German hop (Mittlefruh, which is also used in Precept), the most complicated mash procedure we’ve used before, and it lagered for longer than anything we’ve made before.

With only one malt and one hop, this is an inherently subtle beer with very little margin for error. “I was texting with Eric [brewer and cellerman] last night like ‘I’m terrified to drink this,’” Noah says jovially. “Trying to find, mentally, the balance of trying to not be torn apart that it’s not exactly perfect but, it’d kind of suck if it was perfect in a weird way because it’s a lot harder to find true excitement and joy and the nervousness of doing it again.”

As is the case with so many of our hoppier beers, most adjustments that need to be made are entirely ingredient based. More of this hop, less of this malt, and so on. Helles is a different animal altogether. Noah explains, “With this, whatever happens won’t be an ingredient driven thing, it’ll be entirely process. Which is really cool, it just also a lot more inherently subtle.”

“I’ve tried it out of the tank and it tastes good, but you always have to make a certain degree of a leap to try to picture what it will be fully finished. You want the essence of lager-ness. You want this body that’s this weird type of fullness that you get from a great lager, but it’s also simultaneously really light and nimble,” says Noah.

To us, Lucent feels like a return to the simplicity of beer. Four ingredients: Malt, hops, water and yeast. Subtlety in a glass. No room for error. While it might not be the sexiest beer on our menu, we can confidently say that not in recent memory has a new beer seen so many employees clamoring for tasting pours straight from the bright tank.

May Lucent brighten your days as it has ours. Drink up.