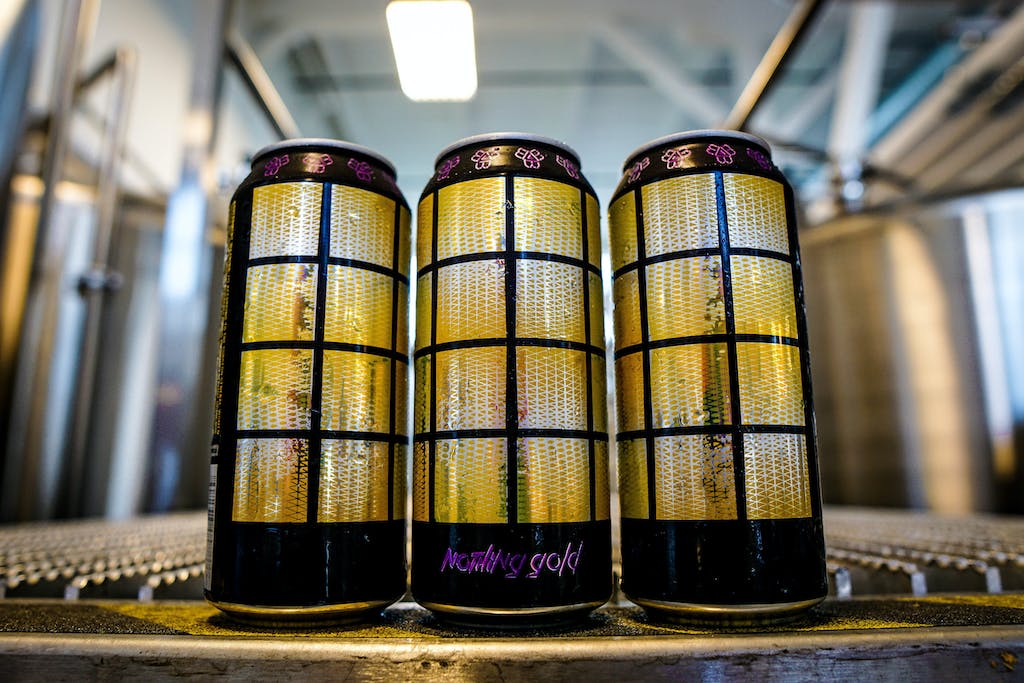 So Eden sank to grief,
So dawn goes to day.
Nothing gold can stay.

Those words, a poem by Robert Frost, encapsulate oh-so-much. At some point, in just about everyone’s life, one experiences a sense of remembrance of times better had, and challenges moving forward. The poem represents the fragile nature of innocence, goodness, and of simpler times.  In The Outsiders, it was Johnny’s dying wish that Ponyboy would “stay gold,” despite the world going to hell around him. A futile effort, perhaps, to hold on, despite the need to let go.

When we were shutting the door on the first part of our journey with Bissell Brothers Brewing, moving out of the warehouse at 1 Industrial Way, and moving into our new facility, our current home, at Thompson’s Point, the meaning of these words couldn’t have rung truer.  We were moving away from a simpler, golden time in the Industrial Park, facing steep challenges with all that lay ahead.  Nothing Gold would be a beer to celebrate the wonderful moments and memories from our beginning, and embrace this new chapter, our slow and sure evolution toward having more room to be flexible, more space to host guests, more people on staff, more brewing, more everything.

Up until that point, we had just brewed one double IPA, a beer called Swish that we brewed during the winter months in Maine. Nothing Gold was conceived as a seasonal counterpart to Swish. However, the beer would not become just a riff on Swish, not a tweaked recipe, but something in and of itself entirely.

With that in mind, we selected a base of Golden Promise malt, one of our favorite base malts, something old and true. A traditional Scottish barley malt variety, Golden Promise delivers a robust, yet clean base, ideal for hoppy beers. As a result, Nothing Gold has a complex malt profile that is accentuated with just a kiss of Honey Malt–a malt we had previously not brewed with before, something new and inventive.  The Honey Malt imparts subtle, layered complexity to the beer, without coming across as overly sweet. And to that end, the beer is incredibly easy to drink, despite its ABV and impact.

Upon this layered and complex malt profile, we wanted to hop the beer with Citra, a hop that definitively reflects summer. When you open a bag of Citra, and close your eyes, every single summer memory floods back to you — riding your bike in that “magical hour” before dark past freshly cut lawns, a moment in time that you want to hold onto but it just cannot last.  There is a fresh blast of hops that is never quite as powerful as when you first open that bag. It is the impermanence of something so very good that it must be treasured while it’s here.

Although Citra serves as the prominent hop in Nothing Gold, we choose Amarillo as a hop to accentuate the beer and, again, ensure that this beer was not simply a revision of Swish. Amarillo brings a subtle peach character to the beer, the hop is soft and rounded, adding to the beer’s drinkability. It’s a summer crusher, after all. Amarillo is that old school-new school, gap-bridging hop that contributes much to the beers hop profile in its supporting roll. For a rounded dry hop, we choose Ekuanot. This hop contributes additional layered complexity given the nuanced application here. We do not use this hop distinctly and singularly, but instead, we deliberately use the hop with intent to add yet another layer of flavor and aroma…

Building out the new Thompson’s Point required many early mornings here in the new facility, standing in what would become the taproom and looking out. In those early morning hours, the light would come through the windows at the front of the building, a golden start to the day.  Nothing Gold’s can design and artwork takes its appearance from that “magical hour” when the light is just perfect, coming in through those square windows up front.

When we opened at Thompson’s Point on June 4, 2016, Nothing Gold was the beer that we released that day.  It was a distinctly different double IPA from what we had done at Industrial Way.  It was (and is) a celebration of the simple, “magical hour” times that we shared there. But it was (and is) a nod toward what the future can be and whatever challenges we will overcome to get there.

Nothing Gold embodies our vision of the perfect summer double IPA.  It’s a beer that celebrates what was, what’s next, and when you take that first sip, what ultimately is.

Nature’s first green is gold,
Her hardest hue to hold.