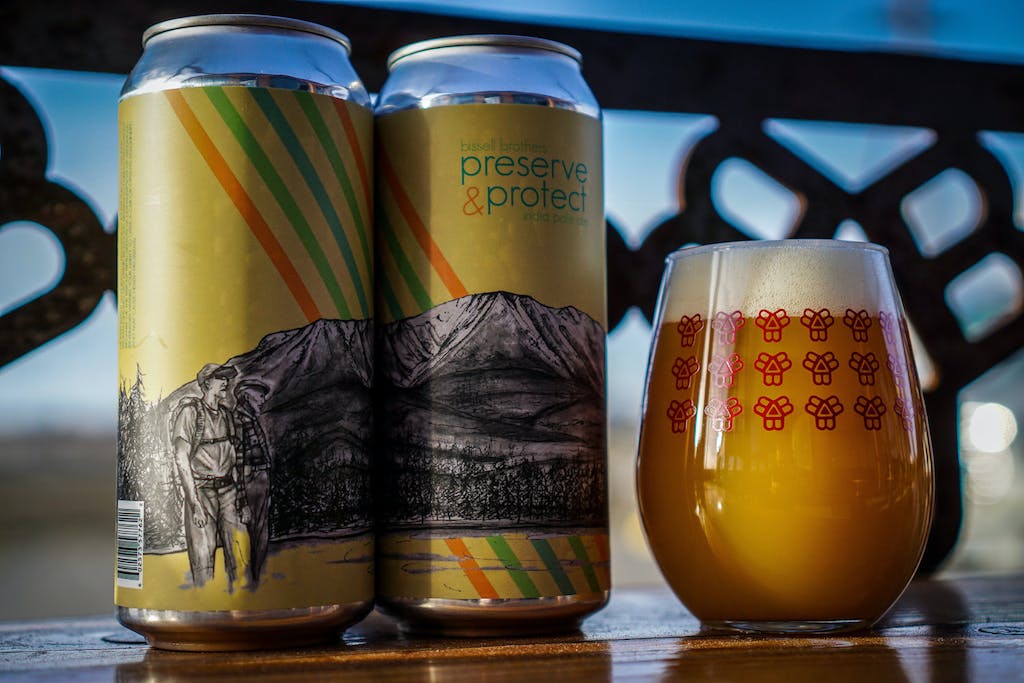 Percival P. Baxter, the former Mayor of Portland and Governor of Maine, had a “magnificent obsession.” We all have them, so you know what I mean. An idea, or a thought, something so pervasive and important to you that it wholly and continuously preoccupies every waking moment in your mind. And then of course, you dream about it too…

Percival Baxter’s magnificent obsession, his dream, was to create a place in Northern Maine, a place that would be forever wild. A massive landscape, rugged terrain, an inescapable beauty. A place that would be home to Katahdin, the mountain that rests in the Northeast, peacefully with enduring glory. A true wilderness in every sense of the word.

Yet unlike so many obsessions that are held onto so tightly for selfish reasons, or personal pleasure or gain, Percival Baxter ending up giving away his obsession to each and every resident of Maine, past, present, and future, in perpetuity. Amazingly, Governor Baxter would grant the land that would become Maine Baxter State Park through 28 donations, in trust, from 1931 – 1962. The gift was unconditional—save for one thing. The land must be preserved, it must be protected. It must remain unchanged, and true. Forever wild. It would take a hell of a lot of work to do that, however, and it would take strong minded, dedicated people to carry on Governor Baxter’s vision.

Jensen Bissell is such a person. Among many others, he heedlessly answered the call. Beginning his career at the park as Resource Manager in 1987, Jensen would help steward and carry on Percival’s obsession. It wasn’t easy. Jensen gave so much to the park in his 31 years of service, commuting nearly an hour each way, back and forth to the Park, to make sure that this gift to Maine would always remain unchanged. He stood his ground, sometime unpopularly, to resist seeming inevitable changes. In 2005, he was appointed to Director of the Park, but that wasn’t the extent of his responsibilities. He was (and still is) a Husband and a Father. He was instrumental in providing the support needed to make the brewery a reality, believing that the college homebrewer in Noah, and the budding entrepreneur in Peter, could make this thing succeed.

When Jensen was transitioning into retirement from his years and years of service at the Park, Peter and Noah (and all of us at the Brewery) knew that they wanted to do something incredibly special to send him off. We had just celebrated our fourth anniversary at Bissell Brothers, and we had done so with an anniversary beer called “Nuclear Whim with the Fuse of a Mile,” named for the Tokyo Police Club lyric. Unfortunately, we hoped that that beer would enter regular rotation, but it was immediately relegated to a one-off thanks to the AB-InBev monopolization of the African hop varietals that we had used in the beer.

But, we really liked Nuclear Whim (and we certainly still do, just trust us on that one). There was something about the grain bill and the grist profile that perfectly fit the mold for a double IPA on the lower-side of the ABV spectrum, a beer being so eminently drinkable while still being so big and impactful. Undoubtedly, it is the kiss of Honey Malt that brings together a base of 2-Row barley malt and malted wheat and flaked oats for the grist. Presenting a hyper-caramelized flavor on its own, the light, judicious use of Honey Malt in the beer adds a subtle, but critical, balancing sweetness to the beer.

Building out the beer off of this grist recipe, we selected Simcoe and Citra hops, a tried and true “West Coast-inspired” hop combination. We’re talking a classic combo here, flavors that will always taste good together. Along with this pair, we would use Denali, a hop that we loved having explored its use in the beer Engram. The intense, dank, dank, pineapple of Denali would pair well with the predictably eclectic notes in Citra and Simcoe. And a dry-hop addition of Vic Secret would lend that classic Australian-hop character to the beer that we’ve talked about before, one that we truly love, yet wouldn’t be overbearing in any way.

The label on the can ties everything together for this special beer, an iconic image of Percival P. Baxter, the man whose incredible gift is beloved by so many here in Maine, even to this day. Superimposed with an iconic image of Jensen Bissell, the man whose incredible dedication is (part of) the reason why Katahdin and Park remain unchanged, forever wild, even to this day. The beer is our substantiation of gratitude for the tremendous acts of hard work, vision, and selfless giving exuded by these two men for so many, many years.

And not that there is any way that we could ever repay these two men for all that they have given, but a percentage of sales from each four-pack of Preserve & Protect are donated to Friends of Baxter State Park, an independent citizen group, found in 2000, with a mission to preserve and support, and enhance the wilderness character of Baxter State Park. This donation is our small gift in return for so much.

The beer is delicious, and satisfying to drink, sure. But the next time you open a can of Preserve & Protect, we urge you to take a moment and reflect on Percival P. Baxter, Jensen Bissell, Katahdin, and the wilderness of Baxter State Park, and think about how much we really have been given.