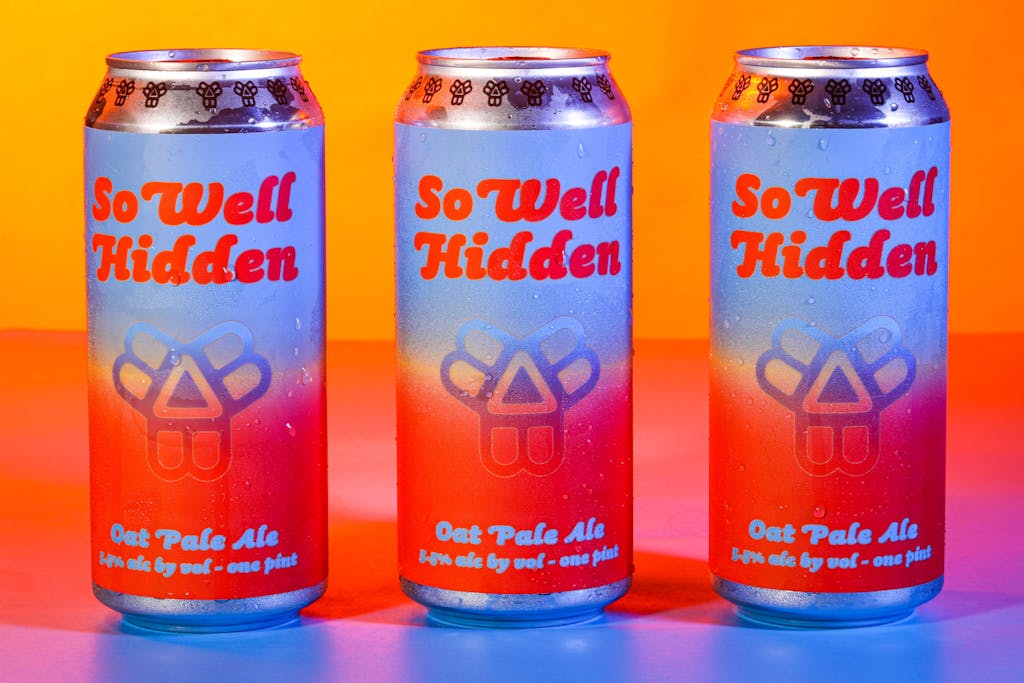 The second graduate of Bissell Brothers Beer Academy is back in cans today!

Brewers are experimental by nature. Curious, precise, and always looking for some new way of doing things, they strive to do things right and, if they don’t get it right the first time: try, try again. The tinkering is half the fun! So Well Hidden is the long-awaited fruit of eight years of tinkering, from one of our original hires and someone who is inextricably linked to what Bissell Brothers is today.

Patrick McAnany, or Patty Mac as he is known to all of us, has been with Bissell Brothers since almost the very beginning. Having spent time living in Portland Oregon and hailing from Maine, he has always had the privilege of drinking good beer, and homebrewing became a hobby for him in 2012. A lucky sequence of very millennial events involving a blog post, a retweet, and a request for Bissell Brothers beer led to his meeting Noah, who hand delivered a bag of proto-Substance to Patty back during the early planning stages of BBB.

His beer So Well Hidden (only the second ever to graduate from the pilot system to the big system) is an Oatmeal Pale Ale, inspired by three of Patty’s favorite beers: Maine Beer Company’s Peeper, Hill Farmstead’s Edward, and an oatmeal pale ale from Fort George Brewery in Astoria, Oregon. That oatmeal pale ale from Oregon started it all for So Well Hidden and for Patty; the unexpected addition of oats to a pale ale piqued his interest in attempting to brew a similar style and brewing in general, got him started home brewing, and eventually led him to brewing at Bissell Brothers.

At 5.5% ABV, So Well Hidden is sessionable yet flavorful. The 20% flaked oats in the grain bill imparts a soft pillowy mouthfeel that will keep you sipping, and the wheat content helps with foam and head retention. A solid backbone of Golden Promise gives it that bright sunshine-y yellow color that just looks so damn good in a glass and, hopped with Amarillo and Simcoe, this beer really does taste like summer in a glass.

While solidly a Patty Mac original recipe, So Well Hidden is, at the end of the day, a Bissell beer, which is something Patty is proud of.

“The cool part about this beer in particular is that I was able to make it because of everything I’ve learned here. This is very much a Bissell beer in the sense that we used the same hopping rates, when we hop it, we obviously used our yeast and the way we dry hop, but it’s kind of cool to think back on one beer that always stuck in my mind and then to be able to make something that was inspired by that was cool for my own personal growth as a brewer,” says Patty.

So grab a couple four packs of So Well Hidden today! Get a taste of sunshine, have a couple with your friends, enjoy it, appreciate it, but “let it be a vessel for more fun” – Instructions directly from the brewer himself.