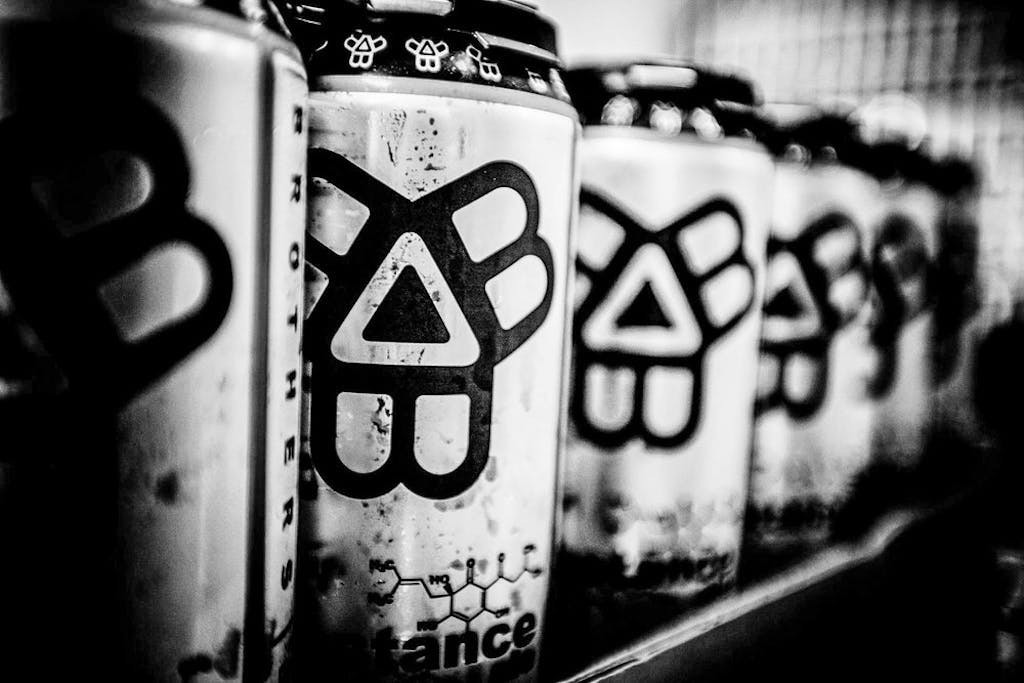 In the spring of 2009, Pete and Noah embarked on a road trip that would prove to be formative for many facets of our brewery. On a fated night in the Nevada desert, they “discovered” the concept and the idea of the name, The Substance—not only as an idea that something (for example, a substance) could make you feel different or alter the mind, but also as a philosophy that our actions should have weight and merit to them. The idea that there would be substance to what we wanted to collectively create in Bissell Brothers Brewing Company.

From that night on, the notion of “The Substance” became an underlying theme that would permeate through Noah’s homebrewing career, and through Peter’s development of the brewery and culture behind the brand. The Substance, or at the least, an early iteration of it, was a beer that Noah had home brewed 5-gallons at a time, every other week, for over a year-and-a-half. The name seemed the perfect fit for Noah’s home brew. This beer would be our beer, and we would, too, call it The Substance. And it would ultimately launch our brewery as we humbly opened shop in late 2013 across the street from Allagash at 1 Industrial Way. And it would ultimately carry us to where we are today on Thompson’s Point.

The Substance, Batch 1, was first brewed in early December of 2013, and it would be the only beer that Bissell Brothers Brewing Company would produce for the first 8-9 months. Noah’s homebrew versions of the beer featured some of the more “sexy” hop varieties such as Citra and Mosaic. As a fledgling start-up brewery in 2013, these hops were utterly unavailable to us. It simply wasn’t an option to build a beer around these types of hops, so Noah and our brewers would need to pivot hard with the recipe. By necessity, the commercial version of The Substance was approached more creatively and flexibly. Featuring Falconer’s Flight, and a combination of many other hop varieties that just so happened to be what we could acquire by contract at the time, the beer was an inventive exercise in recipe formulation.

From there, brewing it over and over again, it has been an exercise in recipe development, refinement, and continued creativity. But some things remain true when it comes to The Substance. As beer writer Joshua M. Bernstein has said, “The Substance smells like a Phish concert.” The beer is dank in nearly every sense of the word, and notes of weed and resin are present in the aroma that carry through into the flavor. The beer has a “big-ass, dank” profile, but it is also incredibly balanced with a hit of citrus and topicality.

Although the element of dankness may be a less attractive characteristic in today’s world filled with bitter-less and juicy IPAs, The Substance does flirt with the new world IPA style in a way that intrigues and compels, adding complexity and not detracting from the beer. It is hazy and expressive, with a round and soft mouthfeel. It does have notes of tropical citrus underlying the dankness. But it is still first and foremost “dank” with a perceived bitterness that contributes to an overall balanced experience.

Because of this balance, The Substance is eminently drinkable. The yin and yang of old-school dankness and new school flair yield a beer that’s easy to drink, yet evolves. It’s an IPA that lets you choose your own journey. You can knock back a pint or two, or you can sit and experience the beer and its constant evolution over the course of time, one sip at a time as it washes across the palate. Intriguing, instead of fatiguing, all of your senses.

And it is our flagship, nearly 30-40% of overall production. In a beer world that is less-and-less interested in the flagship, The Substance has grown to our number one beer, by far and away. And, just as The Substance has helped us build our brewery, it’s helped the farming business in Maine thrive as well. The Substance is currently comprised of nearly 75% Maine-grown grain. Our brewery will use in excess of 250,000 pounds of Maine grown 2-row malted barley this year, and nearly 50,000 pounds of flaked wheat and oats. There isn’t much “local” that usually goes into brewing beer, but this truly is.

These distinct Maine-grown malts contribute to a uniquely delicious malt perception in the beer, despite the grist being a relatively simple formulation. And the malt presence in the beer is another reason this beer is such a great beer for drinking. There are impression beers and there are drinking beers. The Substance is definitively a beer for drinking. You don’t want just one sip, you want a whole pint. And then probably another. It truly is a “dank ale that threads many needles,” and it only continues to do so.

It’s my favorite beer, and it’s one that we collectively should all feel extremely proud to call our flagship. “What is this Substance”? Pour a glass, find out.