Here’s to Feeling Good All the Time 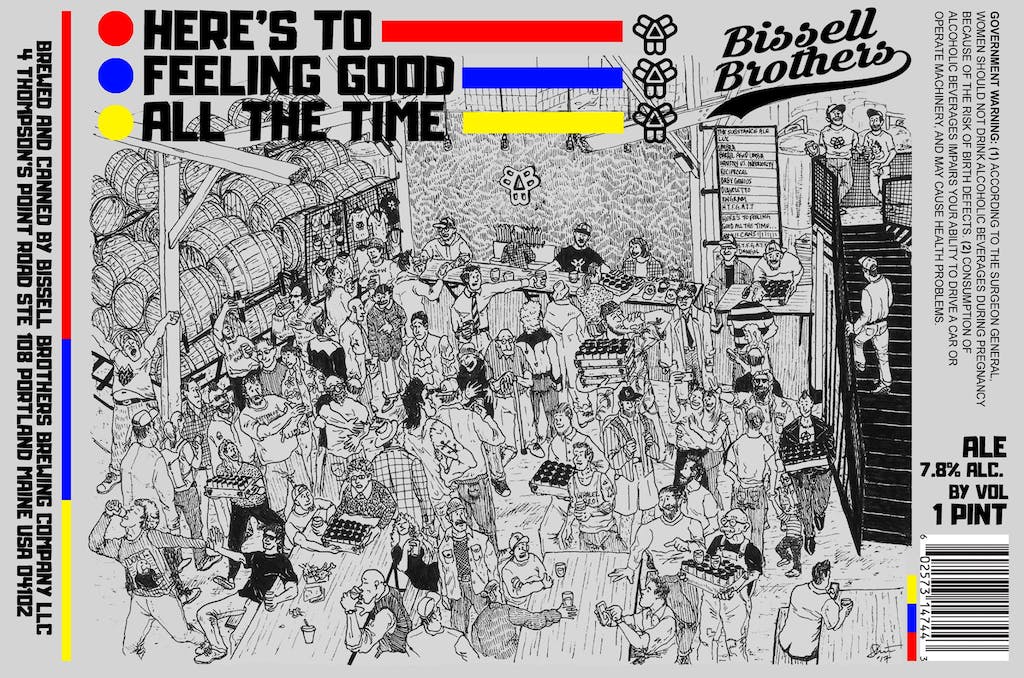 It was late one quiet evening in the Old Port at the Thirsty Pig, and Noah was there by himself, wrapping up a shift behind the bar. Working as the bartender and line cook, Noah would occasionally choose to let the dirty glassware build up over the latter course of the night, saving that task instead for that blissful moment when the bar would empty out. In that time of peace after what might have sometimes been a chaotic shift, he’d put on a movie or a tv show, clean the pile of glasses and gaze up at the television in corner of the bar, an illuminating presence in the onset darkness.

Noah had his favorites. Perhaps nothing more-so than the 1990s NBC sitcom, Seinfeld. Noah had the entire series on DVD, a prized possession that usually lived at the Pig, and he’d often times select a DVD from the boxed-set and turn on an episode. That night, it was the “Sniffing Accountant,” one of the all-time classics from the fifth season. In the episode, Jerry’s accountant is suffering from a case of pronounced “sniffing.” Jerry convinces himself that his accountant is addicted to cocaine, perhaps squandering Jerry’s hard earned money on his drug addiction. And so, Kramer, Newman, and Jerry organize a sting to find out and get to the bottom of it all.

Kramer follows the accountant into a bar wearing his sunglasses indoors, orders a mug of beer, and lights up a smoke. He then nods over to the sniffing accountant, raises his glass and slightly cocks his head, and says a cheer: “Here’s to Feeling Good All the Time.” He proceeds to slug down the beer, cigarette in mouth, submerged in the glass the entire time, and then exhales the drag after finishing the beer.

That night, as that scene was playing, Noah echoed the line back to himself when Kramer downed the beer and exhaled. As Kramer coughed, Noah chuckled. And then he went back to washing glassware.

When Noah and Peter first got the brewery open, it was a tough go to get hop contracts. No hop proved more difficult to secure than Galaxy. And that hop, possibly more than any other, was one that we knew we wanted to brew with. Yet, last summer, after over two years of patience, it was finally coming around to the point where we’d be getting our first year of Galaxy via hop contract. We were all excited to design a big, hoppy beer around this unique, Southern Hemisphere hop.

Galaxy is unmistakable. A hugely aromatic, passionfruit-forward hop variety that is fantastic in singularly hopped IPAs. Although we knew we loved Galaxy on it’s own, we wanted to be able to make the most of the relatively limited supply we could get on contract, and so we would brew a beer that would utilize a blend of hops and not a single hop alone.

In support, we choose Mosaic, a hop with similar notes to Galaxy, but leaning more peachy than passionfruit-forward, and possessing a categorically American dankness.  We also choose Simcoe, a hop with a relatively shifting profile based on crop-year and farm, but one that tends to present pine and notes of passionfruit as well. Together, these three hops create a rounded, delicious, Galaxy-prominent, but not overbearing, soft and aromatic hop profile.

To really put this hop profile into the spotlight, we wanted a particularly simple grain bill. Starting with a clean, crisp base of crackery Pilsner malt, we knew that this would certainly elevate the hops to a showcase role in the beer, but wanted a touch more depth and complexity. We turned to a grain called Spelt, one that we’d not really used in many applications. Borrowing some inspiration from our current beers, where malted wheat is an accent to the base malt in Reciprocal, and malted rye is an accent in Lux, spelt would serve to accent the base of Pilsner malt in this beer. Spicier and nuttier than wheat, but not quite as impactful as rye, Spelt would add that top note to a base of Pilsner malt, a subtle but almost imperceptible twist to the malt character in this lower-strength double IPA that we were brew with Galaxy, Mosaic, and Simcoe.

When it came time to name the beer, Noah happened to be re-watching the beloved Seinfeld at the time, in fact the “Sniffing Accountant” episode. And as soon as Kramer uttered the salutation, “Here’s to Feeling Good All the Time,” he had the name.

With a name chosen, we turned to a long-time friend of the brewery and fellow Seinfeld superfan, Sam Dunning (@itsfusilijerry), to create the label for the can. In a work of artistic genius, Sam designed one of our favorite labels to-date: a mash-up, hybridization of Where’s Waldo?, of Seinfeld, and of Bissell Brothers, our collective selves as a brewery. Everytime you look at the artwork on the can, you discover something new and amazing. And everytime you sip this beer, you do exactly the same.

“Well, Here’s to Feeling Good All the Time.”