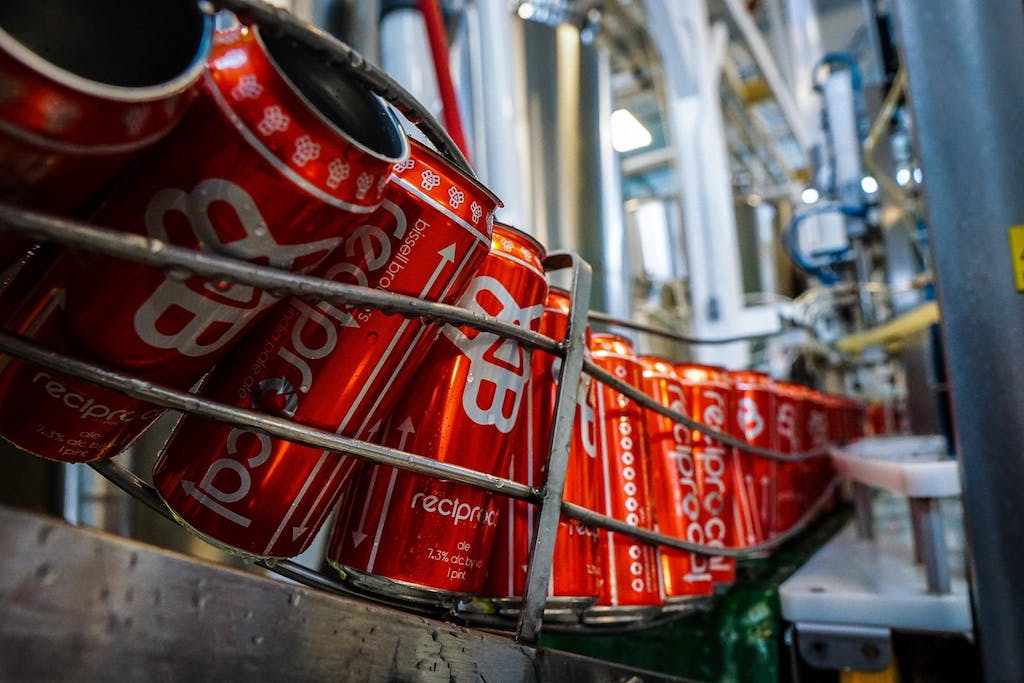 There is an inherent aspect of risk in any course of action. There is never a guarantee of success. There is no assurance, at the end of the day, that someone will take stock of what you’ve done and say, “hell yeah, this is awesome. Nice work, man.” Most times you just have to go for it, and put yourself and your hard work out there. Hope that someone actually cares. Hope that someone shows up. Hope that they will show up again.

Making the decision to open up a business is an especially risky course of action. Opening up a business that is built around brewing beer is absolutely no exception, no matter how magical that beer by itself really may be. You can brew the most artistic, most technically perfect, most delicious and special beers around, but if there is no one to buy them, it’s game over. We’ve all seen businesses that didn’t make it, and some of those businesses have been breweries. But sometimes, in your heart, no matter the risk, you just know you need to go for it.

And when things start to go right, we you try and try again and it ultimately starts to click…. Oh, wow. When we opened shop in the Industrial Park, and people started showing up. Damn, there was simply nothing quite like that. When bars and restaurants started asking for and demanding our beer. Yep, oh, wow. When folks started coming from all over the world to buy our beer, to support us. To validate what we were trying to do. Wow, even more.

There exists a symbiotic relationship between every beer brewer and the beer buyer (and ultimately the drinker). It’s a mutually beneficial co-existence of sorts, a “can-you-dig-what-we’re putting down” vibe to it all. We recognized it, and embraced it, just as soon as we were lucky and grateful enough to see some semblance of success.

To that end, we wanted to brew a beer that would capture that, well, reciprocal feeling that both the brewer and drinker could share over a glass of our beer. With Substance and Baby G already on the books, people kept asking for something new and something hoppy. Of course, as brewers, we had the natural itch to brew something creative and different. To brew something that “we wanted to drink,” but also with the recognition that we could only viably introduce a new beer if there was at least a sliver of the world outside of ourselves that would be into it. To tie that all together, we thought, let’s think creatively about hops.

As you’ve heard before, we (like so many other breweries) were unable to source Galaxy hops at any true quantity a few years back, at the time. The folks at Willamette Valley Hops turned us onto a varietal called Vic Secret, not a substitute for Galaxy, but an Australian breed in the same family. We brewed a pilot batch with these hops, and were struck deeply with the Australian character of the hop, tried and true, and the highly expressive and curiously unique fruit profile.

So, despite the un-proven track record behind Vic Secret, we decided to double-down, and commit to a substantial hop contract. Frankly, we felt empowered to take this risk on an expensive and unknown hop because of the support we’d seen for our brewery and our beer. If you ever came out to an early release, if you ever helped spread the good word, if you ever shared our beer with a buddy, then it is for you that this beer exists.

Reciprocal is first and foremost a thank-you to the diehards who have supported us from day one. And sure, it is definitely a Vic Secret showcase, a hop that is extremely fruit forward and purely Australian in character. But the beer is rounded out with two other Australian hops. Summer, a low alpha Australian variety that imparts a touch of bitterness, and Ella, providing a drier herbal character. The combination of these three, all-Australian hops, impart a touch of subtle anise character to the beer, floating atop an undercurrent barrage of fruitiness. A hoppy offering, for sure—a beer brewed for you all.

The grist is a standout amongst our beers, the body is unlike the other beers we are brewing. There exudes an inviting coarseness of that classic Australian hop character, with a pillowy, fluffy mouthfeel and drinkability to the beer. Take a sip, you’ll see just what we mean. It’s a base of 2-Row Malt, with a large percentage of Wheat Malt. The malted wheat, as opposed to flaked wheat, sets this one apart, providing an intriguing interplay between the polyphenol content of the hops and the soluble protein of the Wheat Malt—sorry to geek-out a bit, let me rephrase: it’s simply delicious. Carastan and Flaked Oats round it all out, yielding a deceptively drinkable, lower-end on the ABV spectrum version of a double IPA.

Designing and brewing this beer initially wasn’t easy, and it definitely was risky, especially at the time. Jumping off that bridge into the waters that was a whole lot of Vic Secret in each batch, something quite different for the time. But if we were going to put another hoppy beer into our lineup, we knew it had to be unique, and embody that sense of risk. It had to be worth it, and represent the reciprocity to our relationship that you all truly helped establish.

So, grab some cans of Reciprocal, our heavily hopped Australian double IPA, this weekend, and open and enjoy with friends. It really is true. You earned it, bud. You are appreciated.