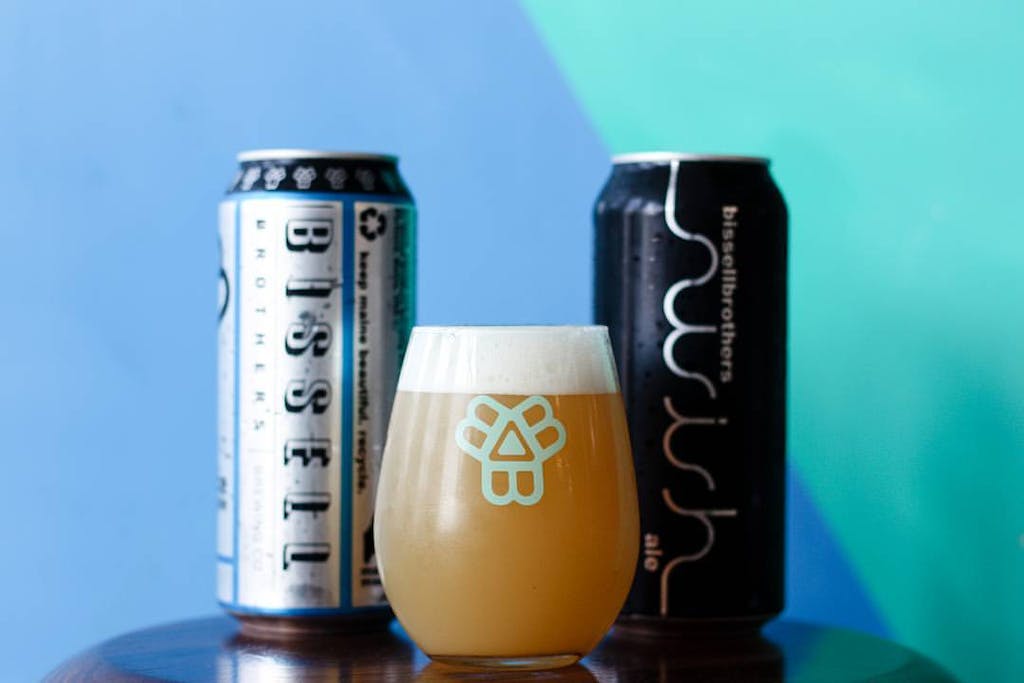 When you stop and take pause to think about the current breadth and expanse of the beer climate in the United States, it’s overwhelming to realize that it’s the case that we—as beer drinkers, beer lovers—are living in what could be described as a “golden age” for beer. It’s an invertible embarrassment of riches when it comes to the number of breweries operating in this country, the number of beers being brewed, the number of beer styles being iterated upon.

Sure, some beer styles are more prevalent and more popular than others—not every brewery in the U.S. brews a, I don’t know, say, German-style Doppelbock. Still, I would bet that you could find one being brewed, relatively locally, and it might even be pretty good.

On the flip side, just about every brewer these days brews a Double IPA. That style, the DIPA, is (in)arguably the single most popular beer style today. And it’s not all that hard to understand why that may be the case.  These beers tend to be sinisterly drinkable, so delicious, so impactful on the palate, in the best ways. A highly saturated, wrecking ball of a beer, that is at the same time so easy to drink, masking the elevated alcohol levels with modern hoppy, fruity and juicy, flavors, oh so well.

And while DIPAs are seemingly ubiquitous these days, with so many available (and some of them are even pretty good!), that wasn’t necessarily always the case. If you actually think back on it, the DIPA was almost a beer style of relative rarity just a handful of years ago.

Of course, there were icons that populated and coalesced the DIPA landscape. You had Pliny the Elder, a beer brewed by Vinnie at Russian River, perhaps the very first DIPA ever brewed. On the East Coast, you had your 90 Minute from Dogfish Head. Maine Beer Company started brewing Dinner, a beer very much in a similar camp. You had true unicorn beers, Double Sunshine, from Lawson’s Finest Liquid, for example, beers that you’ve heard about, but really were inaccessible.  And then you had Heady Topper.

Heady Topper, from John Kimmich at The Alchemist, stood alone for a long, long time atop that New England-Style (call it what you will) DIPA pedestal. This beer was so different at the time, so delicious, so drinkable, so formative and so inspirational for so many brewers.  And for a long, long time, it would serve as inspiration in-part for the DIPA that we dreamt about brewing.

When we first brewed a Double IPA, it was in an entirely different context of sorts. The Pig was throwing a party, so we decided to brew a DIPA for it—strictly as something fun to do on the pilot system, not ever thinking that a DIPA was be feasible for regular production due to hop contracting, production scheduling, and the like. And it was a fun beer, for sure. A 7.8% ABV DIPA that featured Amarillo, Citra, and Falconer’s Flight. A DIPA that we called “Swish” in reference to the “moonshine,” hooch of a beverage in the Trailer Park Boys,just another way to have fun with it all.

The beer was awesome, the party was a blast, and we didn’t really think about brewing a Double IPA again for some time. Not, in earnest, until we happened upon some hop contracts that would change all that. The combo of Citra and Mosaic hops was something we loved, this was proven every time we had the chance to drink Focal Banger, the second beer that The Alchemist would package regularly in a printed can, and an IPA that was gaining greater and greater accessibility around the same time. When we had the opportunity to get those hops on contract, we thought, “wow.” Maybe we can actually do this! Maybe we can finally brew that DIPA we’d dreamt about on a production scale, of course, using those hops as the focus.

When we scaled it up, we based the hop-side of the recipe on that one-two punch of Citra and Mosaic, adding a slight twist upon this neo-classic combination by adding Simcoe into the mix. Simcoe was our way of nodding to the West Coast, imparting a touch of that pine and resin character into an otherwise decidedly citrusy profile. Noah’s brewing had evolved at that point, too, and he turned to Golden Promise—not an overly common base malt, but one with a lot of potential—to serve as the base for our DIPA, yielding a delicious malt character that was still incredibly clean, a spotlight for the hops to shine.

We kept the name Swish, despite the silliness of the origin and its referential meaning. It seemingly made sense, it was the evolution of the idea of what DIPA can be. Fun. Easy. Focused and succinct. The branding for the beer evolved as well, and today Swish stands alone as being one of the most unique, most discernible, most (frankly) badass looking cans out there.

Brewing this beer would be special, no doubt. So, we decided to brew it only in the off-months of the seasonality in Maine, with the intention, in part, to make it as accessible to Mainers, to locals, as much as was feasibly possible. But, we have ramped it up, big time. We have always brewed as much of the beer as we possibly could, and we still do. It’s our number two beer volume-wise, nearly 1,000 bbls of annual production crammed into just six months of the year. At any given time during the winter, about one-third of our fourteen fermenters are full of Swish—if you come into the Taproom and jokingly ask, “what’s in that tank over there, Swish!?” You’d probably be right. So, for the sake of our front-of-house staff, please don’t.

Clearly, the beer means a ton to each of us here at the brewery, on so many different levels. And the beer has a profile that represents us well. Although it’s the type beer that we may have read about, sent emails to other brewers about, it’s a beer that we make on the regular. In a world of Citra and Mosaic-based DIPAs, this is our Citra and Mosaic DIPA. It’s a distinct and unique creation, and we think “holy shit, I can’t believe we’re actually able to brew this now,” each and every time we release a batch.  Each and every time we raise a glass, breathe in, and take a sip. And then another….

The beer, in a way, represents the emotional, professional, personal journeys that we all have undergone individually and collectively here as a brewery. We are able to brew this beer. And if you’ve ever stood online in the cold and the snow of a Maine winter for Swish cans, please know that we are able to brew this beer because of you. We hope that you love it as much as we do, and are as proud of what Swish means to Maine as we are.

Thank you for being a part of the DIPA we have dreamt about.