Worth A Visit, Worth A Lifetime 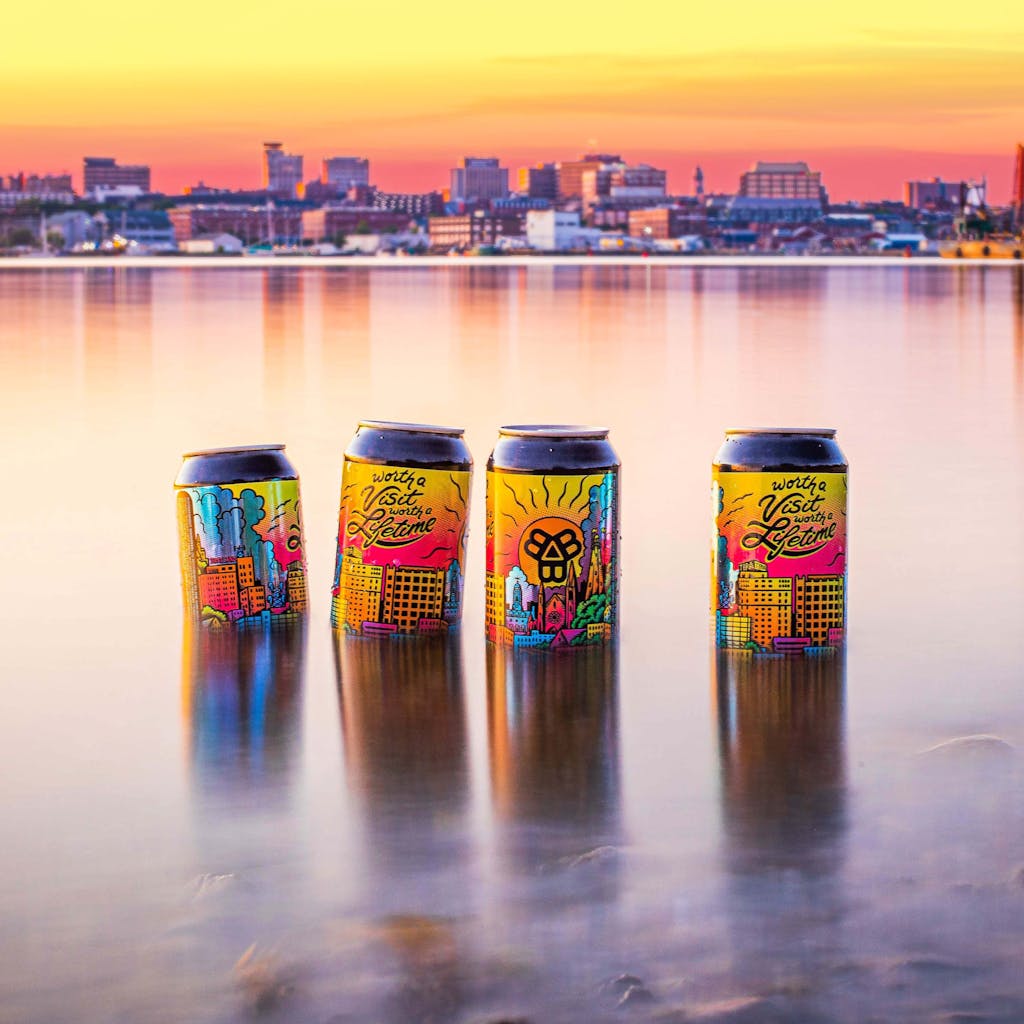 A Love Letter to Portland

It’s been a few years since we started brewing IPAs. In fact, it’d be fair to say that everything we’ve been able to do in the last 5+ years has been because of New England Style IPAs. As popular and ubiquitous as this style of beer has become over the years, it all had to start somewhere and for us, that place was Portland: a small coastal city of 66,000 residents that often feels more like a large town. It’s a place that is wary of newcomers but fully embraces those who take the time to understand it. It’s a place that locals who’ve left to explore other cities eventually return to in order to raise their families. And, despite its deep desire for things to stay the same, it is a city that is changing. We brewed this beer for Portland, a city that we love, flaws and all, where it’s been, and where it’s going.

What better way to celebrate our Big Love for Portland than with a Big Beer? Today we release Worth A Visit, Worth A Lifetime – a triple IPA that weighs in at 10.2% ABV, but drinks oh-so-smoothly.

Aside from the high ABV, this TIPA also boasts 25% more hops than any other beer we’ve ever made. If you know our beer, you understand that this is quite the accomplishment. The hop charge features a mix of some of our worldly favorites – Vic Secret (AU) and Southern Passion (ZA) – and the powerhouse US combo of Mosaic and Citra, administered by the loving and knowledgeable hands of our brewing team. Any Triple IPA needs a sturdy grain bill, and for ours we used one of our favorite base malts, Golden Promise, in addition to local Maine-grown flaked oats and wheat.

It wasn’t until we brewed Blowin’ Smoke, our collab with Other Half, that we really felt inspired to brew a Triple IPA of our own. Doing the triple IPA as a collab first pushed us to do something we maybe wouldn’t have otherwise, and we ended up being very happy with the results. So we decided to make another one. Worth A Visit, Worth A Lifetime is respectful to our overall sensibility. It still tastes like our beer, just a bigger version.

As everything starts slowing down and easing back into off-season “normalcy”, it feels like the city is taking it’s first deep breath in months. Consider Worth A Visit, Worth A Lifetime a relaxation aid. It’s a big beer with a big ABV, and with it we are saying a big “Thank You” to the city of Portland. For everything.