What’s In The Barrels? 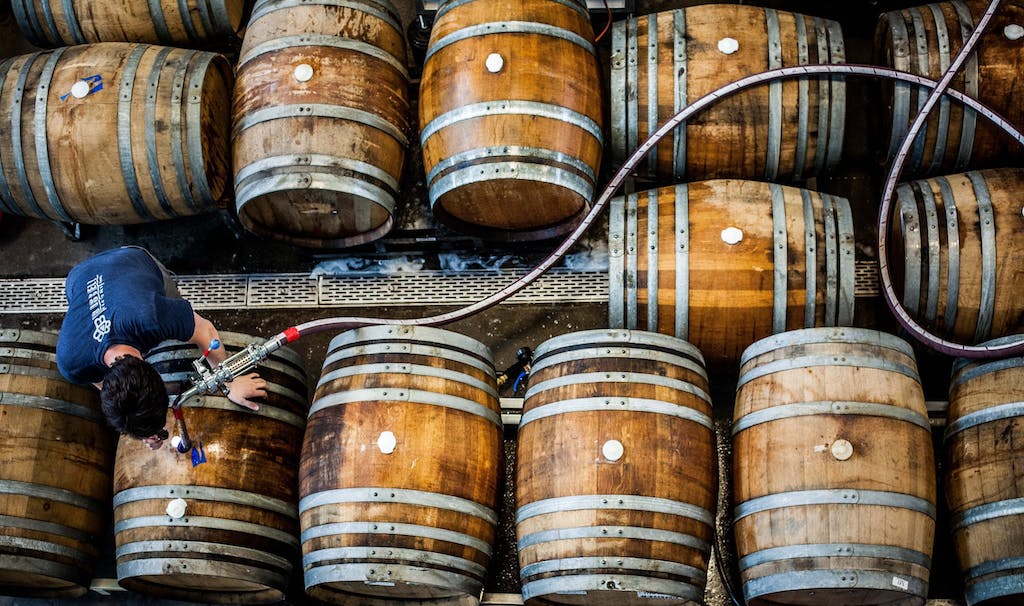 As it turns out, the answer to that question is: not totally straightforward!

Back when we could have people inside our brewery, oh so long ago, we were accustomed to fielding a slew of questions, ranging from when we poured our first beer, to how many brothers are there really, to when the next Swish release is, and everything in between. One question that came up more and more frequently was, “what’s in the barrels?”, referring to our increasingly large and looming collection of wooden vessels stacked to the left of the bar. This question, usually asked by a customer holding a glass of one of our darker offerings, was always, at least by me, answered with some face-saving version of “the only limitation is your imagination”! The customer would usually walk away placated, with visions of next year’s Angels With Filthy Souls dancing in their heads.

But the truth is, at any given moment, I didn’t have any idea what was in the barrels. While “some version of Angels” isn’t too far from the reality, I decided to talk to someone who knows, all too well, what’s really in there.

Eric Dumais was the first hire, back in 2016, to get his hands on the barrels, thanks to his prior experience in dealing with barrel aged beers. As he tells it, Angels was the very first beer we put into a barrel…and subsequently dumped. C’est la vie.

Eventually though, Angels was the first barrel aged beer that we released, during Christmas of 2016. Eric explained, very patiently, that we have “two batches of Angels going now that will be in barrels in two weeks (February 2020) for this Christmas. Then we will brew another 40 barrels of Angels, blend them together and whatever we don’t use in the blend goes back in the barrels.” 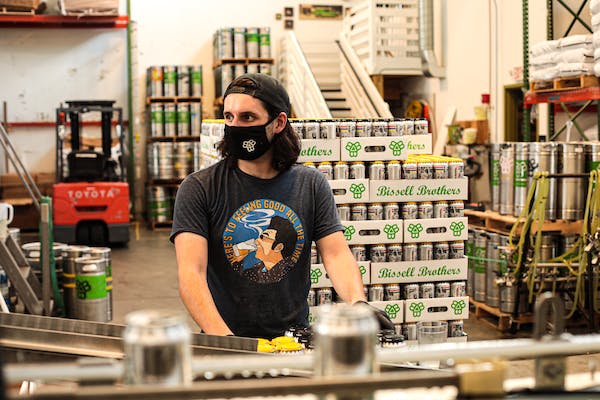 As for the vessels themselves, we use a collection of 52, 55, and 30 gallon barrels, usually sourced from River Drive Barrel Company in Buxton, ME. Over the years, we’ve noticed that New England Distilling barrels tend to impart the best character, “because the volume to wood ratio is higher because there’s less beer in there but is getting more contact with the wood.” Science!

Eric (or Doomie as he is more colloquially known around here) has had his hands on the barrels since the beginning, and that mostly refers to pulling nails and blending. “Pulling nails literally refers to the process of pulling a nail out of the barrel and taking a sample,” he explains.

“The idea is that there should be no oxygen exposure. With the barrels themselves there’s going to be some but [pulling a nail] should be pulling out so little that you’re not taking out enough liquid to create lots of empty space or anything.” As with any beer, oxygen exposure with barrel aged beers can lead to a whole mess of problems like oxidation and infection, so the less sampling, the better.

In addition to pulling nails and blending, there is an element of “seizing the moment” with barrel aged beers, a skill that comes with time and experience. “There is a sweet spot. You can’t just leave something infinitely in a barrel. You could hit six months and be like ‘Ooh this beer is great’, and then at 8 months, ‘Oh shit we have to dump this now'”.  As we’ve grown our barrel program and learned a ton in the process, we’ve realized that consistent success comes with paying more attention and implementing a more scientific approach to the blending of the beer.  As Doomie says, “We’ve made good barrel-aged beer, but you don’t make great barrel-aged beer without attention to it,” which is why we’ve since hired JC Klecko, our very own barrel whisperer.

On top of such easily quantified variables like time and wood character, storage height is something else that needs to be considered. “The exact same beer in the exact same type of barrel on the bottom rack vs. the top rack have to be viewed as completely different beers. The 10 to 15 feet drastically affects what’s happening inside.”

So the easy answer to the question “what’s in the barrels” is: there’s really no easy answer. “A collection of experimental liquids waiting to be blended” has a certain ring of truth to it, but no one wants to drink that. We look forward to blending and bottling more of the experiments in the coming months, and simply can’t wait for the day that we can pour a draft for you in our tasting room, under the shade of the barrel racks. What’s in there? Now you know who to ask. Thank you Doomie!