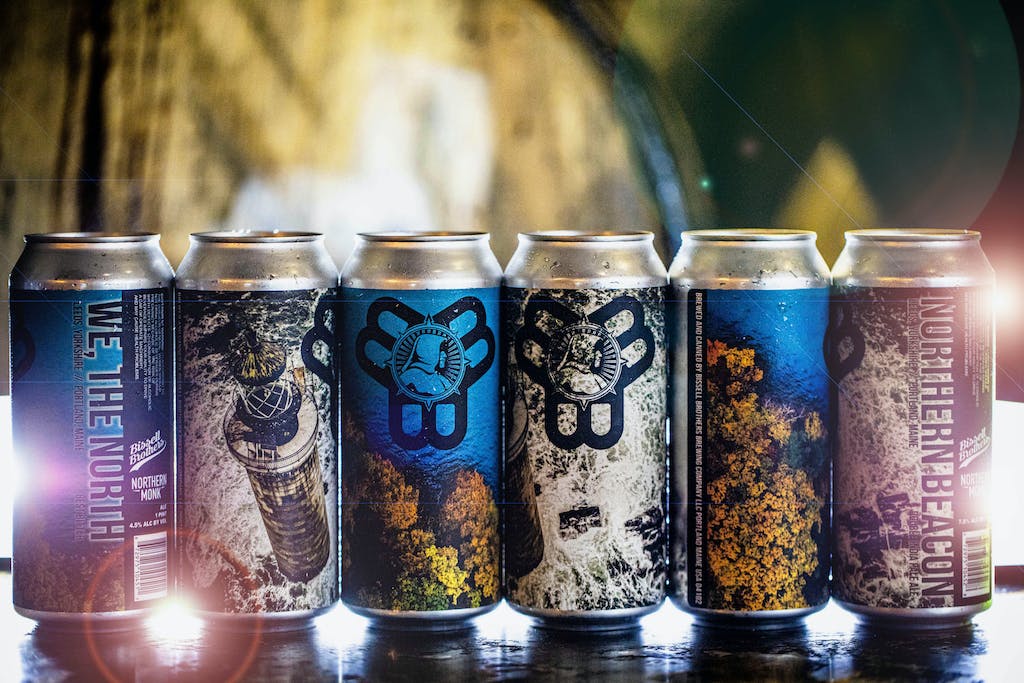 Friendship is fun. How fun is friendship? Fun enough to fly across the Atlantic to brew a beer with your friends. Twice. Today we release our collabs with Northern Monk Brewery in Leeds, UK. Aside from the obvious similar interest in beer, we also share a geographical similarity and, as such, affinity for all things North. No matter the country, The North is a lot of things: cold, dark, incubator for fun accents…Brewing beer is the natural course of action for many of us. How else are we supposed to survive a winter that feels like it’s nine months long? Beer is how. Northern Monk agrees.

Northern Monk is known for their flagship beer Faith, a pale ale with a robust helping of bright, mango-y Citra hops, rounded out with a bit of Mosaica and Columbus to boot. Inspired by their stark northern surroundings and the monastic brewing traditions of the beer industry, they put their focus on quality, tradition, and community, and this shines through in their beers as well as their love for collaboration with brewers around the world.

We first became acquainted with the folks at Northern Monk  completely by chance at a brew fest in Vermont. Since that initial meeting we’ve worked together whenever we could, including a five-stop tap takeover tour through England, countless festival appearances, and two collabs brewed on their home turf of Leeds.

So today we are so happy to release our first US collabs with Northern Monk, because why make one when you could make two? We chose to brew both a Northeast-style IPA with a British influence, and then a more traditional English style- an Extra Special Bitter.

We, The North is a best bitter heavily inspired by sharing pints of Landlord ale at Whitelock’s, a 300-year-old establishment in Leeds and a must-do for any beer enthusiast traveling in the region.
We started with the same English ale yeast used in Landlord and built the beer off 100% Golden Promise malt – one of our favorites, but also local to Leeds – before being kettle-hopped with dried whole-cone Maine Willamette from The Hop Yard, and a touch of Amarillo.

We’re psyched with the smoothness on this one and are proud to release this tribute to British session ale, a first for Bissell Brothers!

Northern Beacon is a DIPA, built off a Golden Promise base, with Maine oats, wheat, and rye (due to Brian’s love of our Lux!) and hopped with Idaho 7 and Ella (both current Northern Monk favorites) and small amounts of Citra in both pellet and cryo form. This beer drinks bright and nuanced, with the perfect amount of bitterness to button up the waves of hop-derived flavor.

Northern Monk’s website says it best, “Community and collaboration are at the core of our business.” These two beers, representing different brewing worlds coming together, figuratively and literally, are available at opening on Saturday! Come down! 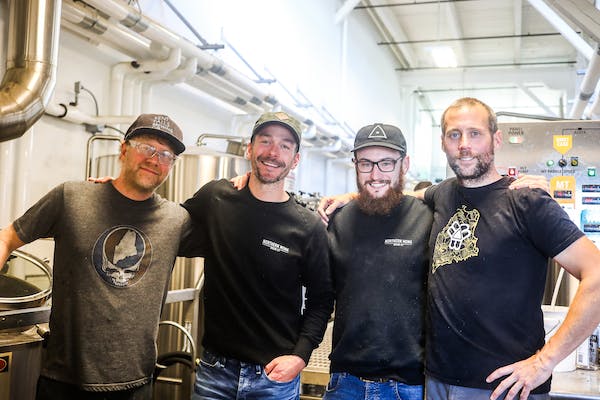 What is Dry Hopping?
You Earned It: Session 9