You Earned It: Session 10 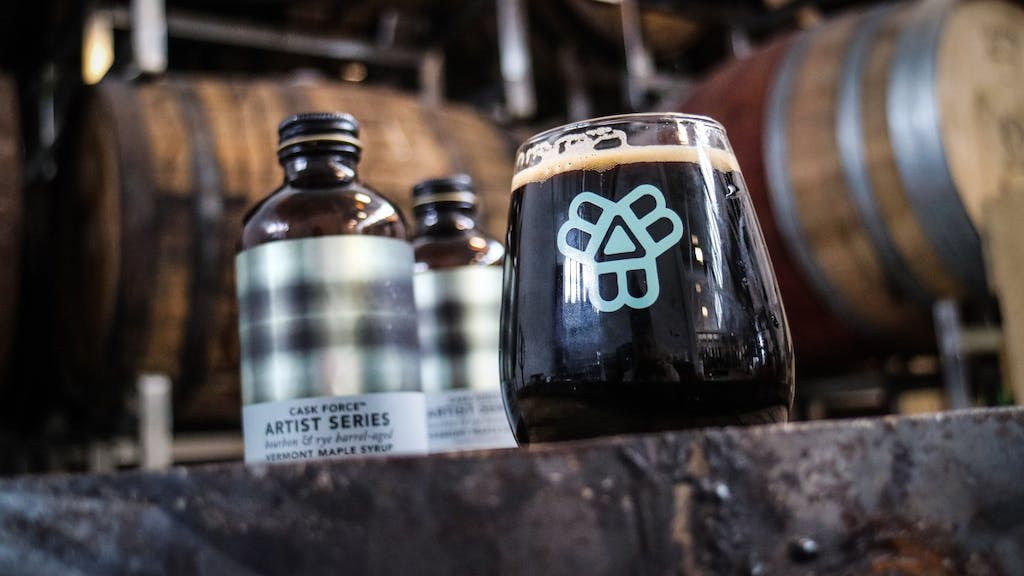 You Earned It Session 10 – Schwarzbier

For the tenth session of our You Earned It series, we have something a little on the darker side. The nights are long and cold this time of year up here in Maine, so we’ve found ourselves thirsting for all things malty and warming: Porters, stouts, and schwarzbiers, oh my! Of all of these black beers, we were most intrigued by the one we’ve never dipped our mash paddle into before: the shwarzbier. Schwarzbier actually translates literally to “black beer” in German, but they are specifically are known for being dark while also being…light. Does that make sense?

Hovering right around 5% ABV, schwarzbiers are known for being roasty, malty, rustic and traditional. Malt profiles are invited to come out to play. Schwarzbiers use a good amount of roasted barley to achieve it’s dark color, but not anywhere close to as much as, say, a stout uses, resulting in its comparatively light opacity. Despite their dark visage, schwarzbiers are actually lagers, which means they retain the light drinkability which that style is known for. All of these aspects come together to create a dark beer that keeps you reaching for more, and all in support of the Kennebunk Conservation Trust, this month’s chosen charity.

Dämmerung is a German word for “twilight”, “dusk” and also “dawn”. So it basically means “half-light”. I’ve spent many a dusk and dawn out on the trails of KCT’s properties, and as we were making a dark German lager, it felt appropriate. I also look forward to hearing customers attempt to pronounce it. For the record, it’s “DAH-muh-rung”.

Kevin: Nick and I had talked about making a Dunkel in the past. The distinction between Dunkel and Schwarzbier is somewhat arbitrary. The idea was to brew a beer that encompasses the crispness and drinkability of a traditional German lager with the color and roasty malt character of a stout or porter. In tasting the almost-finished product, I’m glad to say I think we succeeded.

When I moved to Kennebunkport, I knew very little about the town (having grown up in Portland). But I moved into a barn directly across from a ~100 acre property that houses miles of hiking trails, along with the Conservation Trust’s headquarters. My wife and I got married on the property. I’ve lost count of the hikes, runs, snowshoes, and XC ski trips I’ve taken through the trails. As I’ve begun to explore more of the Trust’s properties (all of which seem to be within striking distance of my home), I’ve been blown away by the quality of the trails, the beauty of the parcels, and the understated way in which the organization carries itself. The last thing I ever want to do is take the Trust, its properties, or its mission for granted, and I hope this beer and our donation serve as some small thank you for the countless moments of tranquility and contentment I’ve experienced out on the trails. My daughter has a pretty incredible “backyard” in which to grow up.

Collaborating with Patty is a pleasure. When we approach him with an idea he throws himself into researching the style and makes every effort to faithfully portray the beer as it should be. Brew day is always fun, and as much as Nick and I can claim we “brewed” this beer, it would all be impossible without Patty’s help and dedication.

Whilst watching the sunset as a gentle snow is falling.

As veterans of the You Earned It program, what has been the best part of brewing a pilot beer? Any ideas for next time?

What makes this program so fun is that I have no IDEA what I want to brew next, but when inspiration strikes I know I can come to Patty with an idea, and he’ll likely get just as excited about it as I am. Couple that with the ability to help organizations like KCT that are so important to us, and “You Earned It” is pretty damn perfect as a concept.

After a year of big swings between fun crazy styles and very traditional styles we end on the year on the traditional. Schwartzbier is a black lager and that means a balancing act between the crisp lager qualities and the roastiness that comes with a dark beer. Its a beer that challenges the brewers patience and tests their restraint. And if I’m being honest, I think we nailed it. Starting with a base of Pilsner and Munich we then added 5% of Dehusked Carafa II. The carafa is what makes this beer dark and the de-husking of that carafa is what makes it smooth and not as astringent or as bitter as other highly roasted malts. After a typical brewday we pitched a Bavarian Lager strain, let it ferment cold and then lagered it for 6 weeks. The result is a smooth, slightly roasty, crisp finishing beer perfect for winter nights.

Dammerung is pouring in our Portland tasting room starting today! Come by and grab some for yourself!

FOUR WEEKS OF GIVING
You Earned It - Session 11